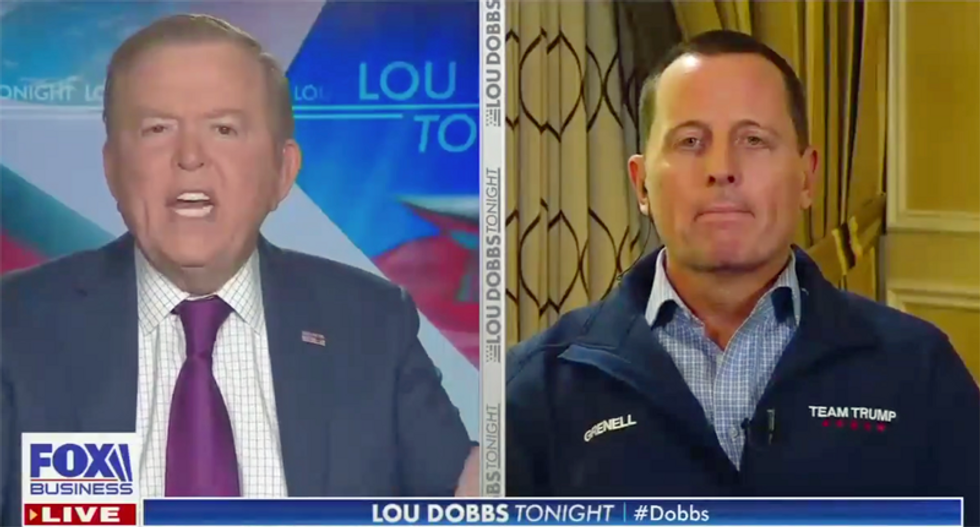 "Where in the hell are (sic) Mitch McConnell?" Dobbs asked. "Where is the Republican Party? Where is [RNC Chair] Ronna McDaniel?"

Grenell attempted to defend the leadership of the Republican Party.

"I'm asking why aren't they demanding the Department of Justice step in to a political crime as it appears obviously to many?" Dobbs shouted.

There has been no evidence of a political crime being committed during the election.

The 5th U.S. Circuit Court of Appeals on Monday sent the legal challenge to Texas’ restrictive abortion law to the state’s Supreme Court, a move that is expected to significantly delay the case and that abortion opponents had hoped would occur.

“This decision now keeps the case in limbo — and abortion after 6 weeks in the nation’s second-largest state — a dead-letter, indefinitely,” wrote Steve Vladeck, a University of Texas School of Law professor, on Twitter.

The Pacific island nation of Tonga has suffered widespread damage after a huge underwater volcanic eruption and tsunami on the weekend.

The disaster has virtually cut the country off from the rest of the world as neighbours and aid organisations try to organise assistance.

Hong Kong to cull hamsters after Covid found in pets

Hong Kong will cull hundreds of hamsters after some tested positive for the coronavirus, officials said Tuesday, as the city pushes to maintain its strict "zero-Covid" strategy.

The Chinese territory's staunch adherence to the mainland's "zero-Covid" policy has kept the number of cases low, but maintaining it has cut the finance hub off from the rest of the world for the last two years.