WATCH: Neo-Nazi begs man to stop filming after he gets caught putting up swastika stickers 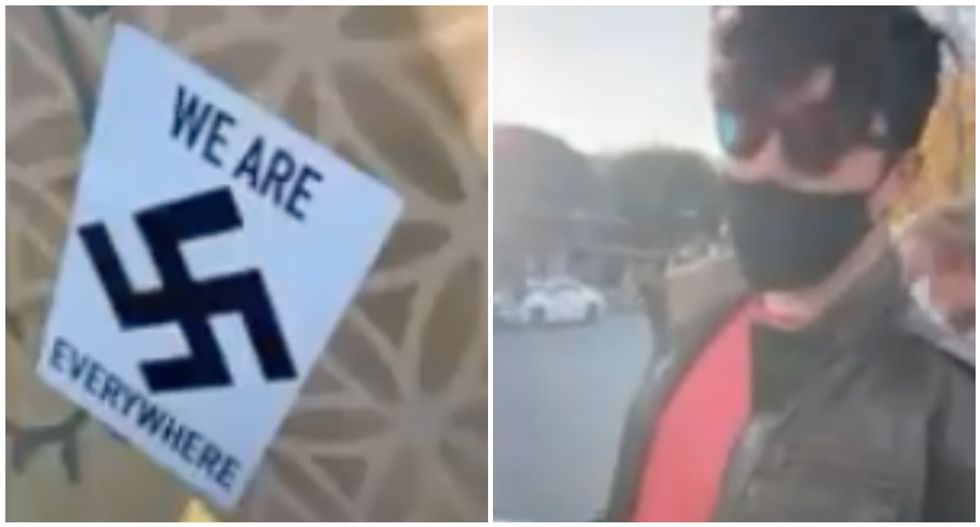 A man from the San Francisco area confronted an individual for placing swastika stickers around town and captured the confrontation in a video that has since gone viral, SFGate reports.

Noah Mohan was walking his dog when he noticed the man placing the stickers featuring the swastika with the phrase, "We are everywhere." That's when he took out his cellphone and began recording, asking the man to show his face. When the man refused, Mohan told him that he shouldn't have a problem showing his face if he truly stood by his ideology.

As the man continued posting the stickers, Mohan followed him and ripped them down.

The man repeatedly asked Mohan to stop recording his actions.

"If you stop filming me, I will leave right now," the man said. He later added, "I just want to let you not film me because I don't want to get my family caught up in this."

"F*ck your family," Mohan responded. "Your family should teach you better."