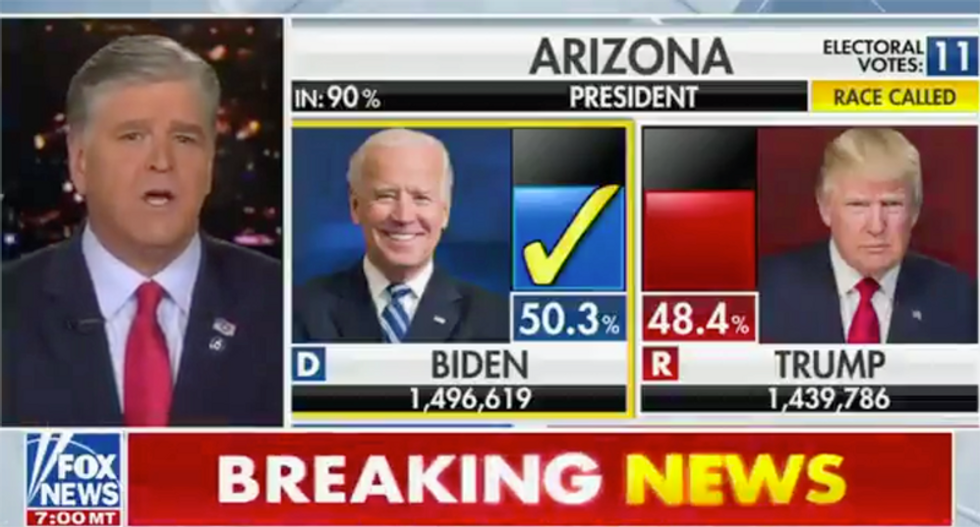 At the beginning of his Fox News show, Sean Hannity called out his own network for calling the state of Arizona for Joe Biden.

"There are still 350,000 votes out there, outstanding, which many experts are predicting that the president will continue to do well because a lot of those votes came in day-of or the day before election day," Hannity said.

"And the president has a good shot -- according to observers and people on the ground that I've been speaking to in Arizona -- to overtake that state and win the state of Arizona," Hannity said, without providing any names.

"Any call in Arizona is premature based on everybody that I’ve talked to that knows the numbers out there," he argued.