WATCH: Texas cop tases Black man after pulling him over at gunpoint for 'dirty license plate' 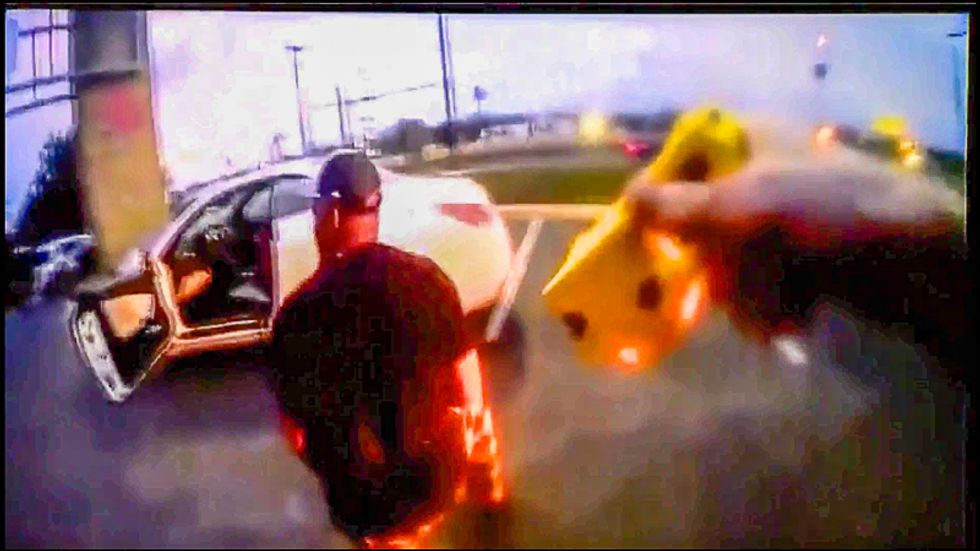 A police officer in Texas has resigned after video showed him using a Taser on a Black man who was pulled over for allegedly having a "dirty license plate."

City officials in New Braunfels shared body camera footage of the incident at a press conference on Monday.

In the video, Officer Kaleb Meyer can be seen confronting Clarence Crawford, who is sitting inside his car.

"Put your hands on the wheel!" Meyer shouts as he points a gun at Crawford.

As Crawford begs not to be shot, the officer exchanges his pistol for a Taser.

Meyer then forces Crawford to the ground, places the Taser on his leg and shocks the man multiple times.

"What the fuck did you pull me over for?" Crawford asks.

"It was for a dirty license plate," the officer admits.

Crawford was placed under arrest. However, the charges were later dropped.

The incident occurred in January but city officials said that they were unable to release the video earlier because the officer filed a complaint with the department.

According to KSAT, officials said that Meyer received additional training as a result of the incident and then later resigned.