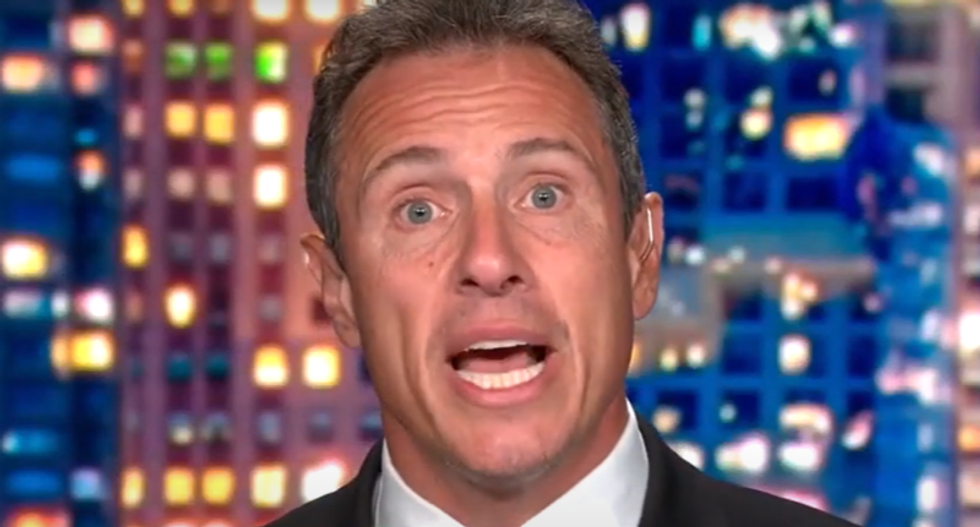 On CNN Wednesday, Chris Cuomo tore into President Donald Trump for his demand to "turn the election over" into a victory for him instead.

"Last time I heard a voice like that spouting nonsense like that with a screen that was lit up like that, it was Poltergeist. This is just as scary," said Cuomo. "As for all that evidence of mass voter fraud, they're nodding their heads, yes, yes, yes. Then why don't they offer some? At least 30 cases lost since Election Day, all for the same reason, conservative judges, liberal judges, conservative states, liberal states: no proof. Today, more nothing. Unsworn witnesses making claims of fraud that they suspected or largely heard about. All those Trumpers in power, think about it, all those different elections in states he lost, swing states, yet none of them came forward with anything real. What does that tell you?"

"We have never had a president act more like a Russian agent causing discord and division, than Trump," said Cuomo. "I don't know what Biden is going to be able to do, but I for one am thankful to hear that at least he will try to be better."