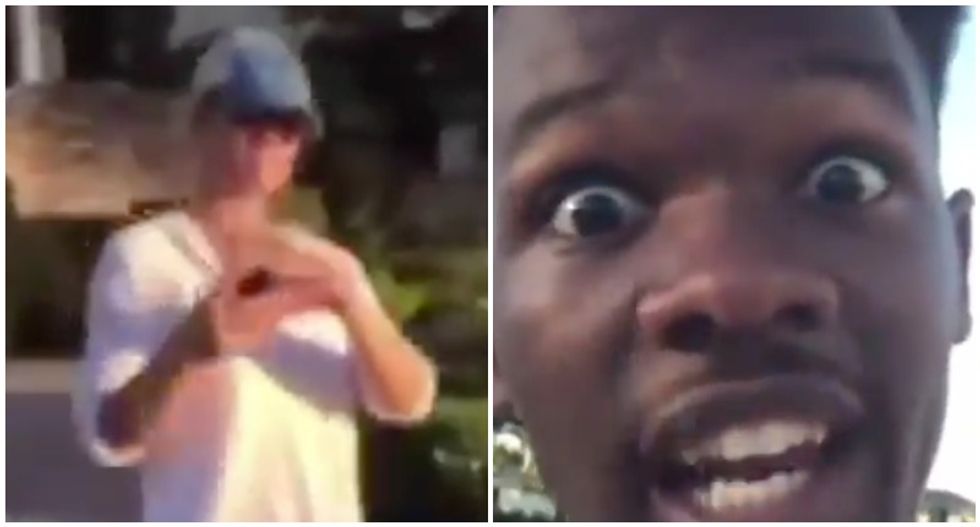 A video uploaded to Twitter by celebrity gossip columnist Perez Hilton shows a Black man being followed by what seems to be a white woman through a neighborhood. The man in the video says that he was jogging when the woman started trailing him.

"This lady right here has been following me for the last block and a half for what, I don't know," he says.

"I'm recording you too," the woman responds.

The woman then asked the man if he lives in the area, to which he replied that he does.

"What is you following me for? Because I'm Black?" the man says. "This is racist. You voted for Trump, didn't you?"

The woman tells the man that she's following him because she hasn't seen anyone like him in her neighborhood before.

"I've just never seen anyone like you around here before," she says.

There's no information in Hilton's post that signifies who the man is or where the video was recorded.