Allen West goes biblical on Democrats moving to Texas from NY: ‘Same as when God was destroying Sodom and Gomorrah’ 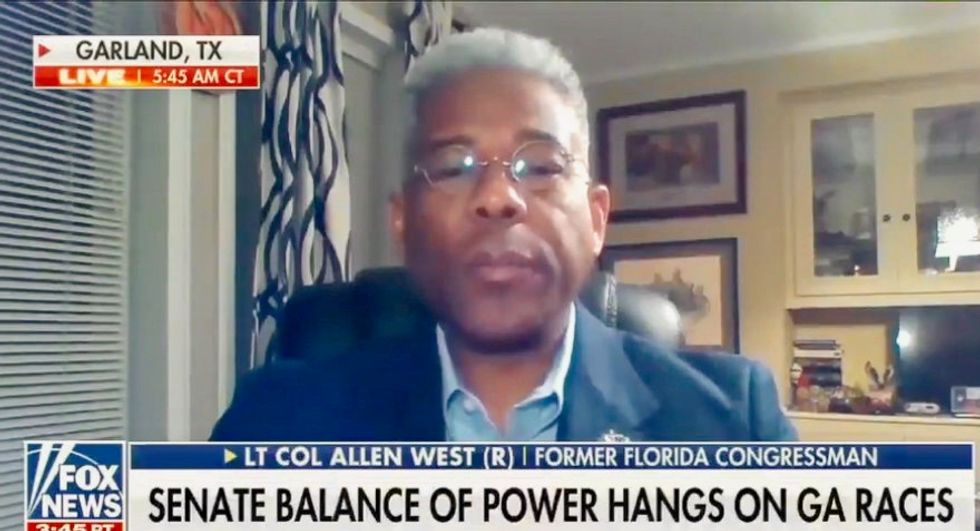 After Democrats made tremendous inroads, coming close to turning Texas blue, former one-term GOP Congressman Allen West is warning Democrats moving to his new state of Texas to throw away their political beliefs. West, an Islamophobic, homophobic, controversial Tea Partier who fled the military and once attacked Democratic members of Congress in a McCarthyesque lie, is now the chairman of the Lone Star state's Republican Party.

In a Friday "Fox and Friends" segment on control of the U.S. Senate, which will be determined by the Georgia January 5 runoff election. the hosts talked about Democrats leaving New York and California to move to Texas or Florida.

Co-host Ainsley Earhardt served up a blanket assumption that the sole reason Democrats would move to those two states are because of lower taxes, which is false. She then insisted they should change their party affiliation to Republican.

The entire purpose appeared to be a warning to Democrats, in an effort keep GOP control of those critical battleground states.

But West, who left the military after being charged with firing a gun next to an Iraqi soldier's head during an interrogation, went biblical in his warning to Democrats.

"They need to understand, we don't want you to bring those failed philosophies and policies that you're trying to escape," which again falsely assumes people are moving for political purposes, and falsely describes blue states.

"As much the same as when God was destroying Sodom and Gomorrah," West said. It was unclear if he was also taking a swipe at LGBTQ people and equality.

"He told Lot and his family, 'Don't look back.' We don't want people to look back to these failed states."