Armed Mexicans smuggled into the US to guard Trump’s border wall: whistleblower 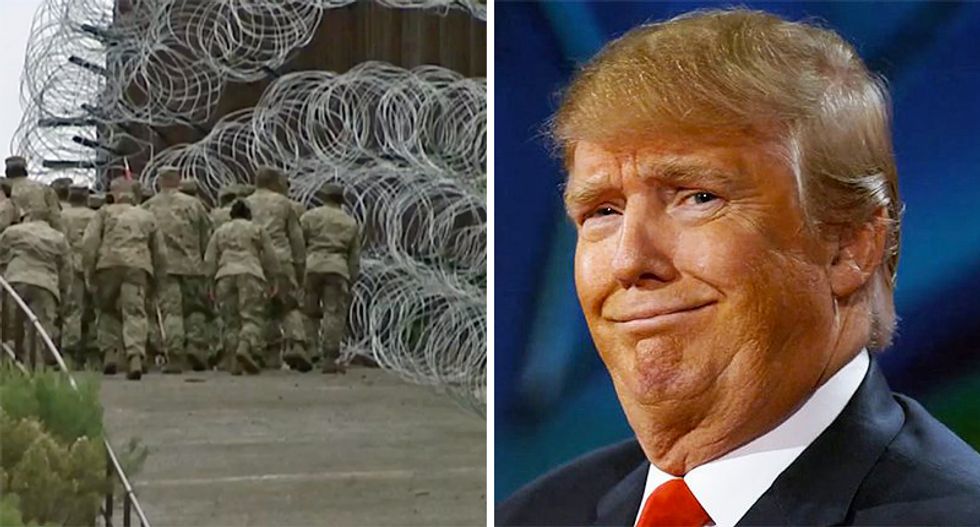 President Donald Trump's much-hyped border wall is in yet another scandal.

"Two whistle-blowers have accused contractors building President Trump’s border wall of smuggling armed Mexican security teams into the United States to guard construction sites, even building an illegal dirt road to speed the operation, according to court documents unsealed by a federal judge on Friday. The two employees, who were both contracted to provide security at the sites, accused the company, Sullivan Land Services Co., or S.L.S. — as well as a subcontractor, Ultimate Concrete of El Paso — of hiring workers who were not vetted by the United States government, overcharging for construction costs and making false statements about those actions," The New York Times reported Monday.

"The whistle-blowers said Ultimate Concrete went so far as to build a dirt road to expedite illegal border crossings to sites in San Diego, using construction vehicles to block security cameras. An unnamed supervisor at the Army Corps of Engineers approved the operation, according to a complaint filed in February and released on Friday," the newspaper reported. "Mr. Trump may have failed to make good on his 2016 promise to make Mexico pay for the wall, but if the accusations prove true, the administration apparently did rely on Mexican workers for the project, potentially at the expense of Americans."

The accusations were made by a former deputy sheriff in San Diego County and a former F.B.I. special agent.

"S.L.S., a primary builder of Mr. Trump’s wall, has been awarded contracts worth more than $1.4 billion for work on multiple parts of the border. With those funds, the company is said to have allowed its subcontractor, Ultimate Concrete, to hire armed Mexicans and facilitate illegal border crossings that the president has worked to shut down," the newspaper reported. "An S.L.S. project manager then pressured one of the whistle-blowers in July 2019 to not include information about the Mexican security guards in reports required to be submitted to the Army Corps of Engineers."