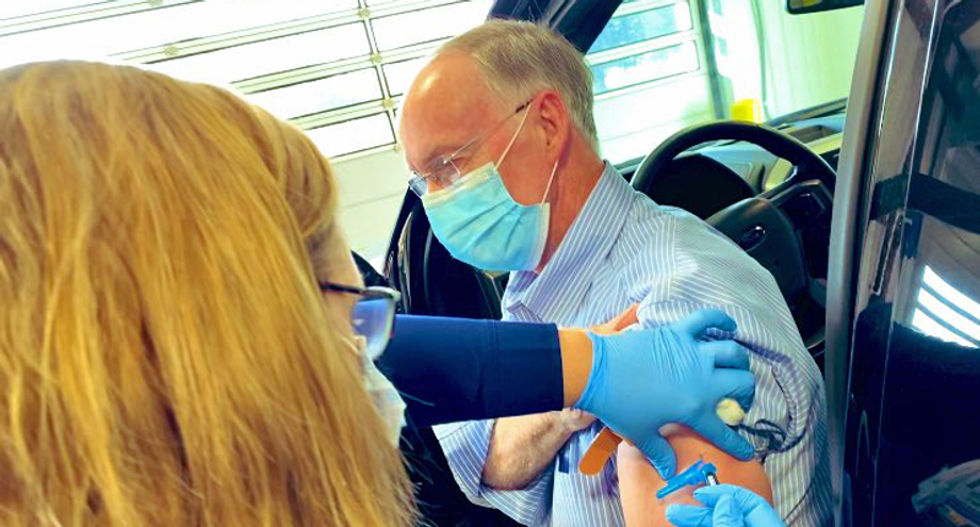 Former Gov. Robert Bentley (R-AL) posted photos to Twitter on Friday that he says show him receiving the COVID-19 vaccine.

Bentley, who resigned from office in 2017 after pleading guilty to campaign finance violations, is barred from life from seeking public office in the state ever again.

CNN White House correspondent Kaitlan Collins -- a native of Alabama -- was baffled by the decision to give Bentley the vaccine early.

"I’m genuinely confused by this," Collins posted on Twitter. "The former Alabama governor is one of the first in the state to get the vaccine? The one who resigned from office as part of plea deal involving campaign finance and ethics violations and is back to practicing dermatology?"

In a subsequent tweet, Collins noted a new report that Alabama's Pfizer vaccine shipment was cut by 40%.

From the Montgomery Advertiser an hour ago: Alabama's next Pfizer vaccine shipment cut by 40% amid continued COVID-… https://t.co/Bumd4IniPV
— Kaitlan Collins (@Kaitlan Collins) 1608332334