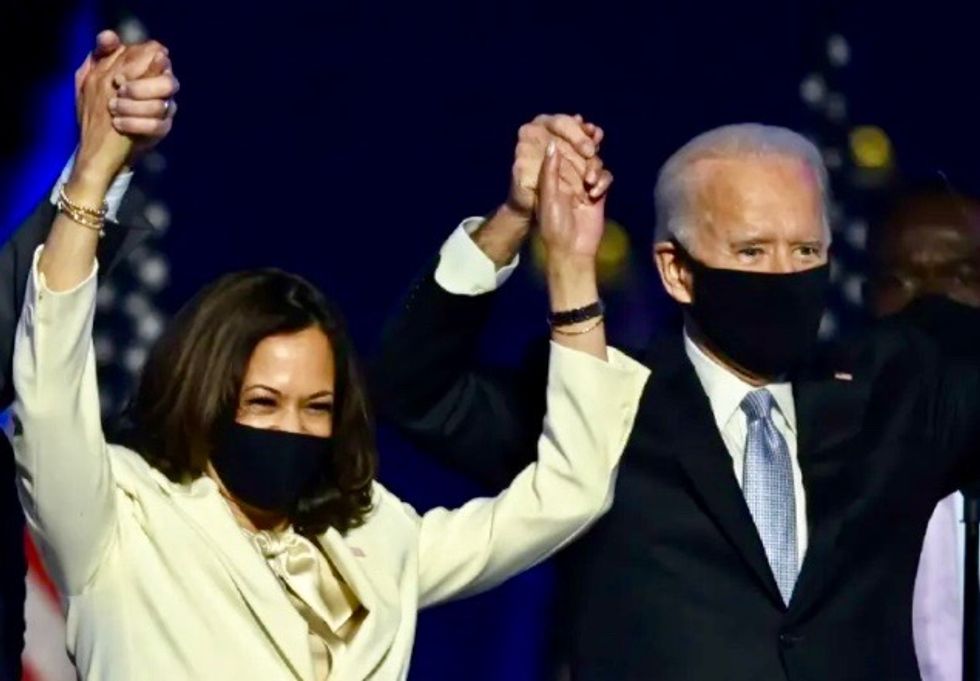 When Michigan's electors to the Electoral College meet in Lansing on Monday afternoon to confirm President-elect Joe Biden's victory at the polls, the state capitol, including legislative buildings, will be closed to the public due to security concerns, officials announced Sunday night.

Amber McCann, a spokeswoman for Senate Majority Leader Mike Shirkey (R), told the Detroit Free Press that the Senate chose to close its offices on Monday "based on recommendations from law enforcement."

"The decision was not made because of anticipated protests, but based on credible threats of violence," McCann said Sunday.

State Rep. Kevin Hertel (D) tweeted that precautions were being taken "because credible threats have been made as Michigan's electors to the Electoral College will meet at the Capitol."

All House offices have been closed tomorow because credible threats have been made as Michigan’s electors to the El… https://t.co/zsvVeCnSa8
— Kevin Hertel (@Kevin Hertel)1607898764.0

Gideon D'Assandro, a spokesman for House Speaker Lee Chatfield (R), did not provide details about potential security risks to reporters. He told the Detroit Free Press that while the Michigan State Police (MSP) did not mandate closure of the office buildings, "House and Senate Leadership conferred with [MSP] and then made the call... to ensure everyone's safety."

Heightened fears of possible political violence coincide with the relentless efforts of President Donald Trump and more than 100 Republican lawmakers to challenge the election results in Michigan and other key battleground states won by Biden.

After the U.S. Supreme Court on Friday threw out Texas Attorney General Ken Paxton's lawsuit—the latest in a series of failed attempts to overturn Biden's decisive victory through baseless claims of voter fraud—supporters of the lame-duck president descended on the nation's capitol over the weekend.

During the pro-Trump rally, which was countered by anti-fascist demonstrators, white supremacist vandals attacked Black churches, and at least four people were stabbed.

As Common Dreams reported on Sunday, commentators linked this weekend's street violence to a comment Trump made in September during a televised debate, when he told the far-right Proud Boys to "stand back and stand by." The president provided further encouragement to the anti-democratic protestors on Saturday, tweeting, "Wow! Thousands of people forming in Washington (D.C.) for Stop the Steal."

This pattern has played out in Michigan throughout the course of 2020. As recently as last month, Scott Atlas, a former member of Trump's coronavirus task force, urged the state's residents to "rise up" against new public health measures implemented by Gov. Gretchen Whitmer (D) to combat the surge in Covid-19 infections and fatalities.

Atlas' call for an uprising came just one month after the FBI foiled a right-wing plan to kidnap Whitmer and overthrow the state government, a domestic terrorist plot that many connected to Trump's incitement of anti-lockdown protests earlier in the year.

Regarding the closure of Michigan's legislative buildings on Monday, House Minority Leader-elect Donna Lasinski (D) noted that "it is a sad fact that the shameful actions by certain Republicans to smear our democratic institutions and deny the clear will of the voters has undeniably created this dangerous, hostile atmosphere."

It is a sad fact that the shameful actions by certain Republicans to smear our democratic institutions and deny the… https://t.co/hJeGj0QTIX
— Donna Lasinski (@Donna Lasinski)1607900150.0

Lasinski added that a routine quadrennial process "has now become a target for threats, intimidation, and violence."