‘Embarrassing’: Georgia’s GOP senators get pummeled after demanding access to voter data they already have 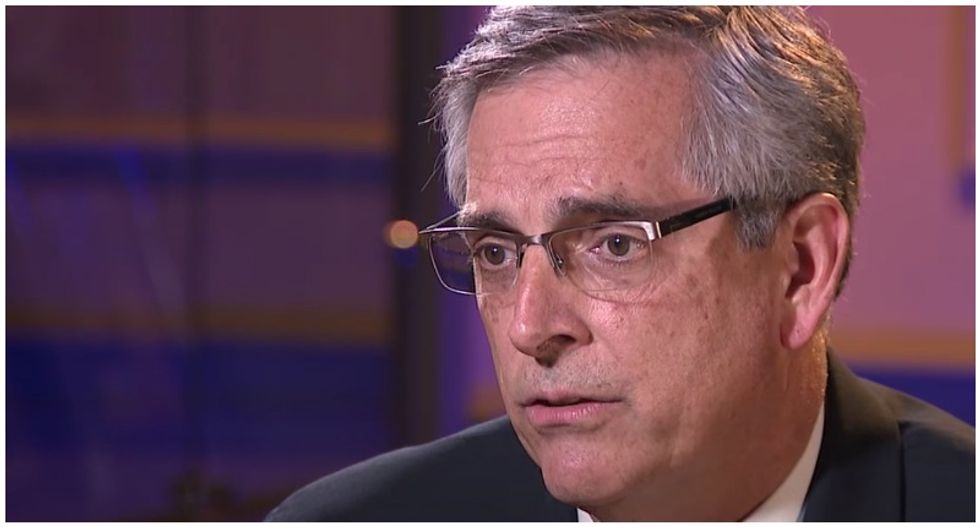 Just before early voting got started in Georgia on Monday morning for the U.S. Senate runoff elections, Republican candidates U.S. Senators Kelly Loeffler and David Perdue complained that the Board of Elections has not yet made available to the public an updated list of voter registrations. But according to Georgia Secretary of State Brad Raffensperger, their campaign offices already have the data.

"Though I've told the Republican Party to stop focusing on me and instead direct their energies to winning the Senate runnoffs, clearly they haven't listened," Raffensperger said. "As embarrassing as it is for Sens. Perdue and Loeffler not to know that the data they want is already publicly available from the Secretary of State, it's even worse that they're not aware their own campaigns already have the data they're looking for. Early voting has already started but it's not too late for them to call their offices and get their campaigns in order.

Spicy statement from @GaSecofState mocks Perdue & Loeffler for pushing him to release info on who's registered to v… https://t.co/lrKmZVskA3
— Sam Brodey (@Sam Brodey)1608052526.0

Loeffler and Perdue face Democratic challengers Raphael Warnock and Jon Ossoff, with the outcome determining whether the Democrats take control of the U.S. Senate from the Republicans.