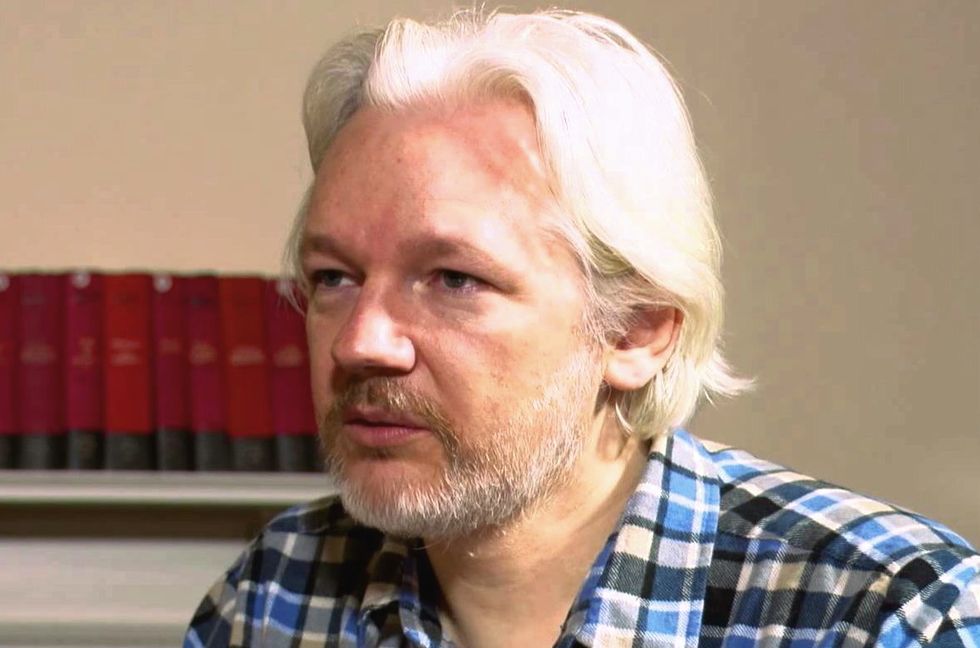 "Russia, If You're Listening"

President Donald Trump will pardon Julian Assange, claims Mark Burns, the man TIME described as Trump's "top pastor." And while the rumor has not been confirmed by any news source, national security and civil liberties expert Dr. Marcy Wheeler says if Trump does pardon the Wikileaks founder it would be a "quid pro quo" and a "crime."

Dr. Wheeler is an independent journalist who has reported extensively on the Trump-Russia connection. The Washington Post's Margaret Sullivan says she "writes a well-regarded national security blog," and reports Wheeler was "a witness in special counsel Robert Mueller's investigation of President Donald Trump's possible connections to Russia."

Wheeler responded to Burn's claim, saying: "If true, this will represent a crime unto itself, a payment of a quid pro quo entered into before Trump was elected," and added an unequivocal charge, calling a pardon "the completion of a conspiracy with Russia."

@mattblaze It doesn't matter. Trump has already committed an overt act in this quid pro quo, so there is literally… https://t.co/9BzXLkQEPj
— Dr. emptywheel (@Dr. emptywheel)1607965772.0

She also blasted both Trump and Trump's supporters, who are literally praying for Assange to be pardoned.

"So congratulations to Julian Assange, by buying your freedom by making Trump president, which has nothing to do with journalism."

And she went one step further, to prove her point:

Assange's Wikileaks published thousands of hacked emails from the DNC, emails allegedly provided by Russia, before the 2016 election. He denies they were provided by Russia, but experts, including Special Counsel Robert Mueller, disagree. The publication of the emails clearly was designed to harm Hillary Clinton and to help Donald Trump become president.

In 2019 The Washington Post, reporting on the Mueller investigation, made clear Russia was behind the Wikileaks emails:

“The Trump Campaign showed interest in WikiLeaks’ releases of hacked materials throughout the summer and fall of 2016,” Mueller’s investigators wrote. The anti-secrecy website [Wikileaks] became the major outlet for Russia’s pilfered material, and Trump campaign staffers were engaged in discussions about pending leaks and how to capi­tal­ize on them, Mueller found.

Then, of course, there is Trump's infamous "Russia, if you're listening" call to action:

Stunning at the time, given all we know now Trump's words are a steaming indictment, only proving definitively Dr. Wheeler's charge an Assange pardon by Trump would "represent a crime unto itself, a payment of a quid pro quo entered into before Trump was elected."