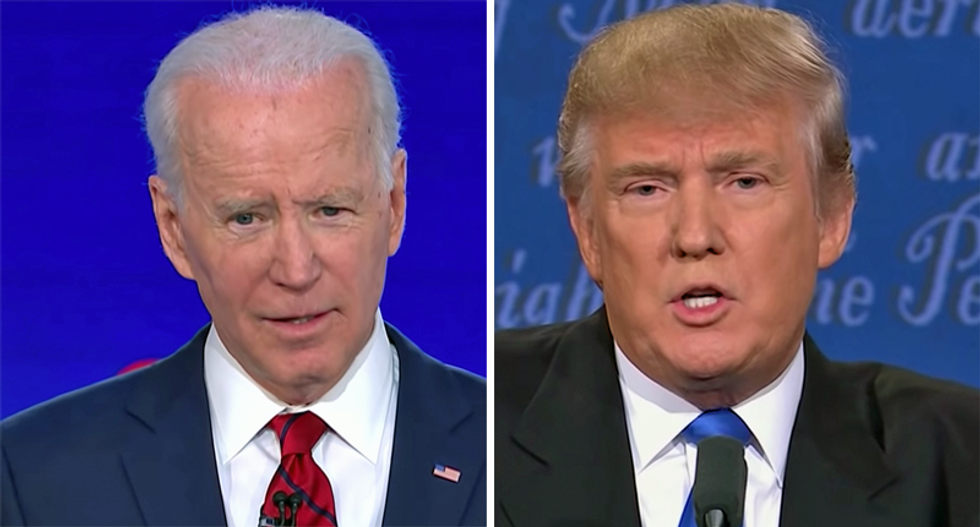 Former Federal prosecutor Glenn Kirschner argued that it's time that "criminal politicians" be prosecuted for violating the law.

Speaking in a short Twitter video, Kirschner cited the members of President Donald Trump's administration who "committed crimes against the United States."

"And here's the thing," Kirschner said holding up a blue book of federal criminal code and rules. "Every day in America we prosecute drug dealers and gun runners and bank robbers for violating the laws collected up in this big ugly, blue book. Are we really going to decline to prosecute today’s criminal politicians for violating the laws of in this big, ugly, blue book? Really?"

"The question’s going to be: Does the rule of law apply to that person?" said Weissmann. "And it’s very hard to see an argument if it is shown, for instance, that in the Manhattan District Attorney’s office that the president has committed tens of millions of dollars of tax fraud or bank fraud or both. Any other person would normally be prosecuted, then it really shouldn’t be the case that just because he becomes president, that he shouldn’t have the day in court where a jury decides whether or not he committed those crimes prior to becoming president.”

To ignore Trump's ten examples of obstructions of justice, Weissmann said, would essentially make all special counsel investigations in the future pointless.

Philip Allen Lacovara, a former counselor to the Watergate special prosecutor similarly explained in a Washington Post editorial that Trump should be held accountable because he's in a different category of illegality.

“One need not embark on a malicious hunt to identify serious criminal abuses by Trump and many of his closest aides,” said Lacovara, explaining that the conduct by him and his administration showed a pattern of disregard for public order, “including those embedded in federal criminal statutes.”

See Kirschner's take in the video below:

Every day in American, we prosecute drug dealers and gun runners and bank robbers for violating the laws of the Uni… https://t.co/cCJNOpkbuP
— Glenn Kirschner (@Glenn Kirschner)1607953594.0