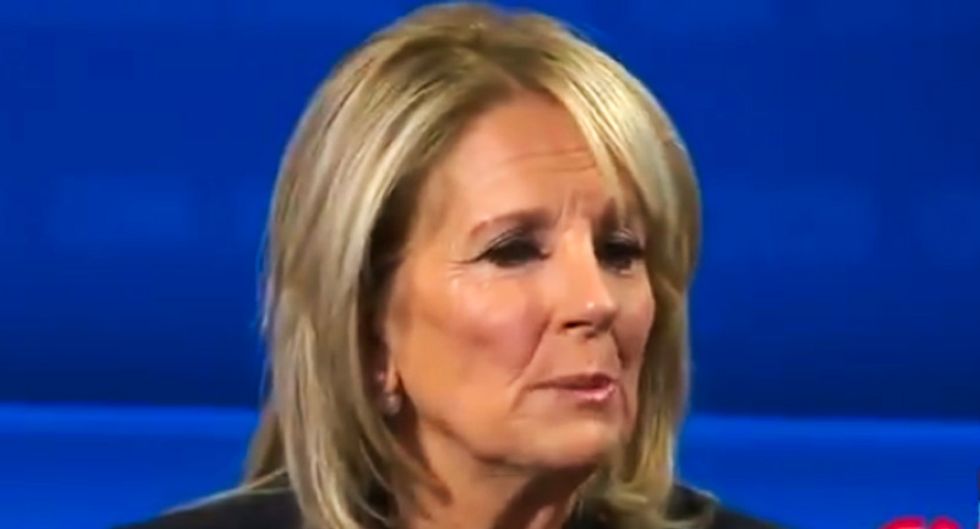 On Thursday, The Daily Beast reported that one of Fox News' advertisers is trying to distance itself after primetime host Tucker Carlson called incoming First Lady Jill Biden "illiterate."

"In a statement to the Washington Post’s Jeremy Barr, a representative from meat delivery company ButcherBox, which advertised during Wednesday night’s show, said the firm will look to no longer run its ads during Carlson’s 8 p.m. ET program," reported Justin Baragona. "'Our current ad strategy includes the purchase of remnant ad space, which is what last night’s advertisement was a part of,' the representative stated. 'One of our core values as an organization is relentless improvement, so in that spirit we will be evaluating how we can restrict this particular time slot from future ad buys.'"

Carlson made the remarks during an attack on Jill Biden's academic credentials, mocking the idea that her doctorate in education entitles her to the honorific, "Dr." — which it does.

In recent years, Carlson's program has been a flash point of controversy for the Fox News Channel, with dozens of advertisers pulling out or threatening to pull out following various remarks on his program. Carlson lost advertisers after claiming that immigrants make America "poorer and dirtier," and after a tape was exposed of him calling Iraqis "semi-literate primitive monkeys" and defending a convicted child polygamist.