Georgia MAGA supporters tell CNN: GOP can 'go to hell' if they don't stand with Trump 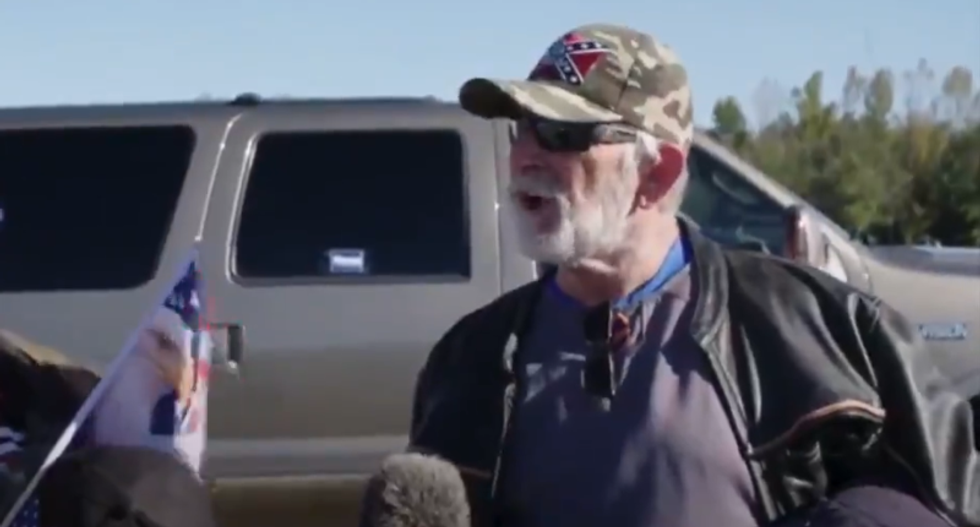 On Thursday, CNN Business interviewed Trump supporters in Georgia who are threatening to withhold their votes in the Senate runoff races if the Republican Party doesn't do more to support the president's crusade to overturn the election results.

"He didn't lose," said Steve Coates, a Trump supporter sporting a Confederate battle flag cap. He told CNN reporter Donnie O'Sullivan that he is voting in the runoff, but that he doesn't know if he'll vote for the Republicans: "I don't vote for a party, okay? As far as I'm concerned, the Democrats and Republicans can all go to hell."

Another voter who suggested his vote for the GOP wasn't guaranteed told O'Sullivan, "Those two senators [David Perdue and Kelly Loeffler] need to get their asses out of their office and start stumping on the street and demanding a real recount."

NEW: Some Trump supporters in Georgia, in denial about Trump's loss here, are considering not voting Republican in… https://t.co/39trrqnVR3
— Donie O'Sullivan (@Donie O'Sullivan) 1607603150.0