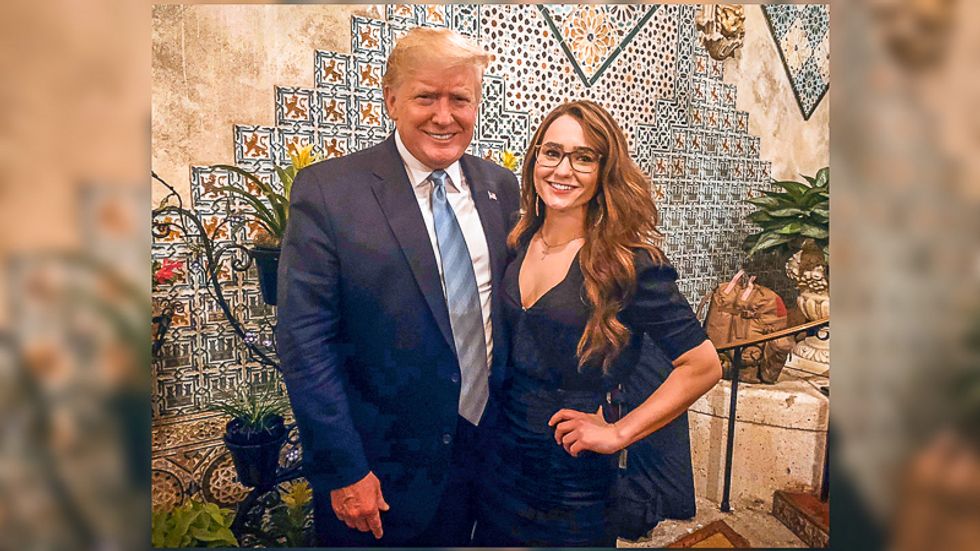 The results came the day after Giuliani spearheaded the campaign's "elite strike force" at a press conference alleging voter fraud, though the group's wild, false theories were ultimately overshadowed by an unfortunate application of hair coloring.

Allen, a close Giuliani aide for more than a year who accompanies the former New York mayor to most events, told Salon in a text message that she began her quarantine on Nov. 20.

"It's been rough but I'm doing much better today," Allen wrote, adding: "I would say I definitely had more than mild symptoms."

Allen told Salon she had attended that press conference, after which other attendees in Giuliani's orbit announced they had contracted the deadly coronavirus.

When it comes to exposure to the new coronavirus, the president's pro bono personal attorney has apparently enjoyed a streak of good fortune. A number of characters in Giuliani's circles have tested positive for the virus, and the former mayor has recently been in a number of rooms with individuals who later announced a positive diagnosis.

One of them was Giuliani's adult son, Andrew, who holds a vaguely defined White House post. Like Allen, he tested positive for COVID-19 the day after attending the Nov. 19 press event.

Another press event attendee, longtime Trump associate and 2020 campaign adviser Boris Epshteyn, announced his positive diagnosis on Nov. 25 just ahead of Giuliani's trip to Gettysburg. Trump was also slated to travel to Gettysburg but canceled the trip, citing the positive test.

Earlier in the month, Giuliani spent election night at the White House, after which a number of fellow attendees announced positive tests, including several top West Wing and campaign aides.

One of the president's closest advisers, White House chief of staff Mark Meadows, who was in attendance that evening, told associates that he had tested positive sometime after the election, though it was not clear when, CNN reported on Nov. 6.

Meadows had also quarantined after possible exposure at the conservative CPAC conference in late February. In October, the top aide had accompanied a COVID-positive Trump on his helicopter trip to Walter Reed hospital, where Meadows also stayed overnight.

White House political director Brian Jack tested positive shortly after the election night event, as well, along with one of his aides. So did political adviser Healy Baumgardner, a Trump ally who had attended the party as Giuliani's personal guest.

The outgoing president's eldest adult child, Donald Trump Jr., was also present that night. Don Jr. disclosed his diagnosis on Nov. 20 before emerging from quarantine a week and a half later.

Giuliani also appeared to have skated unscathed through an apparent White House superspreader weekend in late September, after which at least 25 people in Trump's orbit contracted the virus, including the president, first lady Melania Trump and their 14-year-old son, Barron.

That weekend, Giuliani joined campaign manager Bill Stepien and former Gov. Chris Christie, R-N.J., to prep Trump ahead of the first presidential debate. The group convened at the White House several times, after which everyone but Giuliani tested positive. Christie was later hospitalized.

After an Oct. 5 appearance on Fox News, in which Giuliani coughed heavily, the man formerly known as "America's Mayor" told Salon that he had tested negative and had "no symptoms." Allen, his aide, later confirmed multiple further negative test results.

On Oct. 7, Giuliani told Bloomberg TV that as a preventive measure following the extended exposure, he had been taking hydroxychloroquine, an anti-malarial treatment which has not been shown to be effective against the coronavirus and may increase the risk of heart failure. It is unclear when he stopped taking the drug.