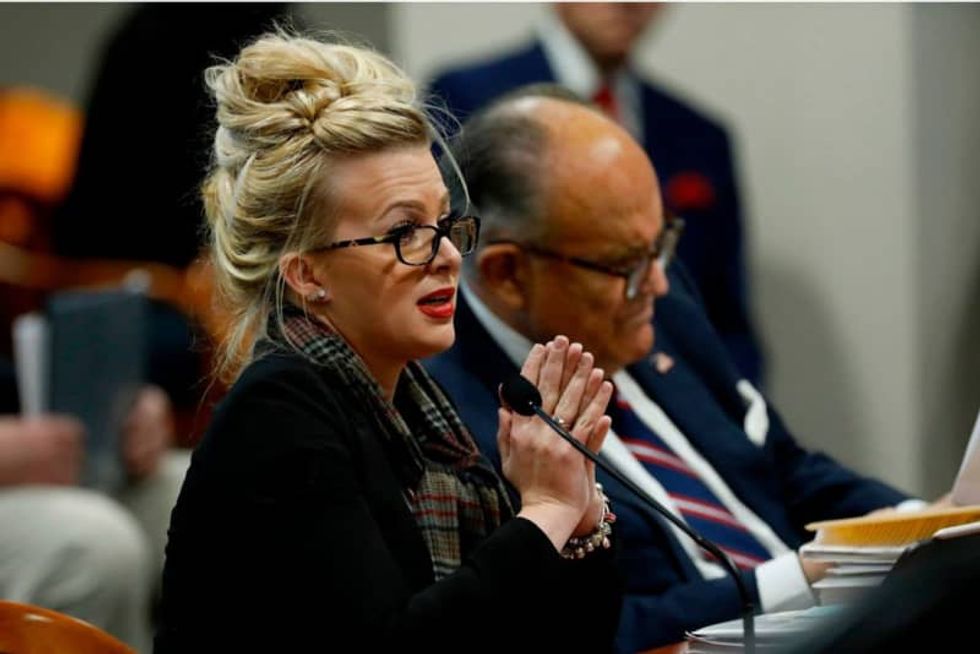 DETROIT — A Michigan woman who served as a witness for Rudy Giuliani during a legislative hearing in Lansing last week was until recently on probation stemming from a case in which she was accused of sending sex videos to her fiancé’s ex-wife. Mellissa Carone, 33, of Grosse Pointe Woods is a supporter of President Donald Trump who delivered colorful testimony Wednesday claiming mass voter fraud in Detroit without evidence. Her testimony about her time working as an information technology contractor for Dominion Voting Systems on election night prompted a spoof by “Saturday Night Live” over the...