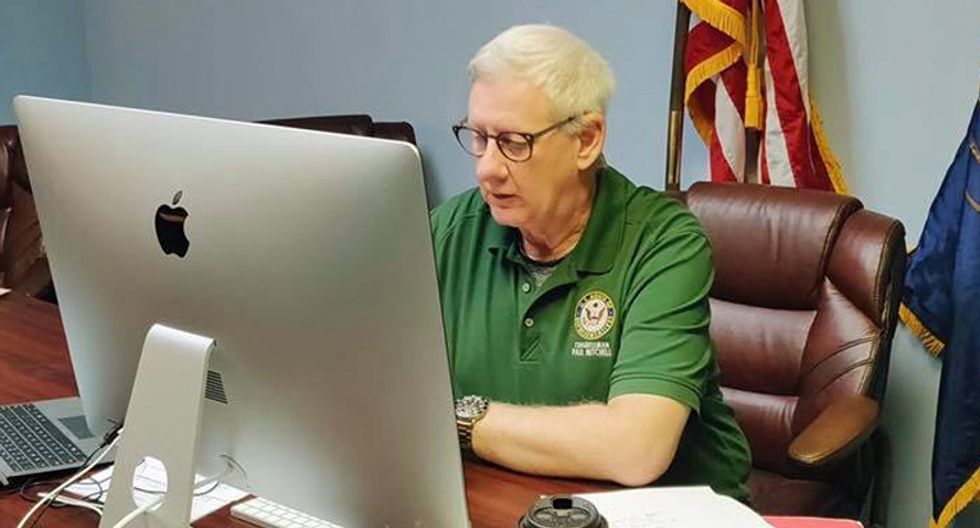 The Republican Party's weakening positioning in the suburbs is so great that the party just lost a sitting member of Congress.

Rep. Paul Mitchell of Michigan, who was elected as a Republican, explained his position in a letter he sent to RNC Chair Ronna Romney McDaniel and House Minority Leader Kevin McCarthy (R-CA) that was obtained by CNN.

"As you well know, my voting record in Congress over the past two terms has been in line with President Trump and the administration's policies more than 95 percent of the time. Further, I voted for President Trump in the 2020 General Election despite some reservations about four more years under his leadership," Mitchell wrote.

"Ronna, you know Michigan politics well. President Trump did not lose Michigan because of Wayne County, but rather he lost because of dwindling support in areas including Kent and Oakland County, both previous Republican strongholds. In the 2020 election, President Trump lost Michigan by 154,000 votes, compared to 2016 when his margin of victory was slightly more than 10,700 votes," he explained. "I have stated publicly numerous times that when entering the political arena, a person must be willing to accept winning and losing with grace and maturity. Having personally experienced both winning and losing, the latter can be brutal."

"It is unacceptable for political candidates to treat our election system as though we are a third- world nation and incite distrust of something so basic as the sanctity of our vote. Further, it is unacceptable for the president to attack the Supreme Court of the United States because its judges, both liberal and conservative, did not rule with his side or that "the Court failed him." It was our Founding Fathers' objective to insulate the Supreme Court from such blatant political motivations," he wrote.

"If Republican leaders collectively sit back and tolerate unfounded conspiracy theories and "stop the steal" rallies without speaking out for our electoral process, which the Department of Homeland Security said was "the most secure in American history," our nation will be damaged. I have spoken out clearly and forcefully in opposition to these messages. However, with the leadership of the Republican Party and our Republican Conference in the House actively participating in at least some of those efforts, I fear long-term harm to our democracy," he wrote. "As a result, I am writing to advise you both that I am withdrawing from my engagement and association with the Republican Party at both the national and state level."

"I am also requesting that the Clerk of the U.S. House of Representatives change my party affiliation to Independent for the remainder of my term in office. While admittedly symbolic, we all know that symbols matter," he added.