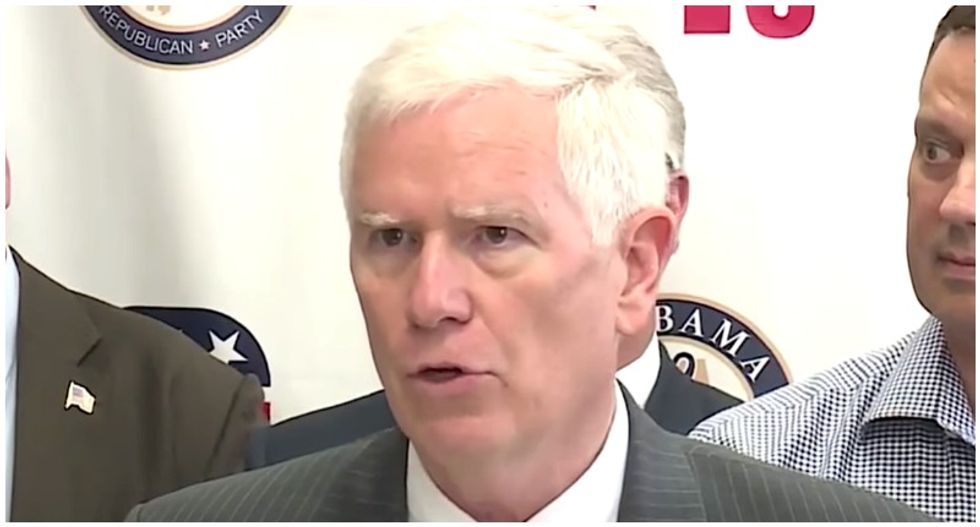 According to a scoop from POLITICO, Rep. Mo Brooks (R-AL) has been telling people that he plans to challenge the Electoral College when Congress certifies Joe Biden's election, even if no one joins him.

“In my judgment, if only lawful votes by eligible American citizens were cast, Donald Trump won the Electoral College by a significant margin, and Congress’s certification should reflect that,” Brooks told POLITICO. “This election was stolen by the socialists engaging in extraordinary voter fraud and election theft measures.”

While Brooks said there were some senators who were willing to join forces with him, he didn't mention anyone specifically.

As POLITICO's Melanie Zanona points out, "one lawmaker from both the Senate and House needs to challenge the results in order to force a deliberation on the matter. And even then, the gambit to overturn the election results in Congress is almost certain to fail, given the makeup of the House and Senate."

According to Brooks, a lot of time is being "wasted" in the courts.

"...the Supreme Court does not have the lawful authority to determine whether to accept or reject a state’s Electoral College submissions."

“There’s no way I’ll vote in the House to ratify the Electoral College votes of states where illegal votes distorted the will of the people in those states who voted legally,” Brooks said.

Late last month, he tweeted that Biden "DID NOT win lawful vote majority in Georgia."

"Per its right & duty, Congress should reject any Georgia submission of 16 electoral college votes for Joe Biden," he wrote. "That is EXACTLY what I hope to help do."

LONDON/DUBLIN (Reuters) -British Prime Minister Boris Johnson said on Monday parliament could pass legislation this year to scrap some of the rules on post-Brexit trade with Northern Ireland, pressing on with plans that have angered the European Union. The Northern Ireland Protocol Bill, which would unilaterally overturn part of a Brexit divorce deal agreed in 2020 if it becomes law, was debated in parliament for the first time on Monday. Irish Foreign Minister Simon Coveney expressed disappointment that Britain was still pushing ahead with the bill saying "this is not the way to find sustaina...