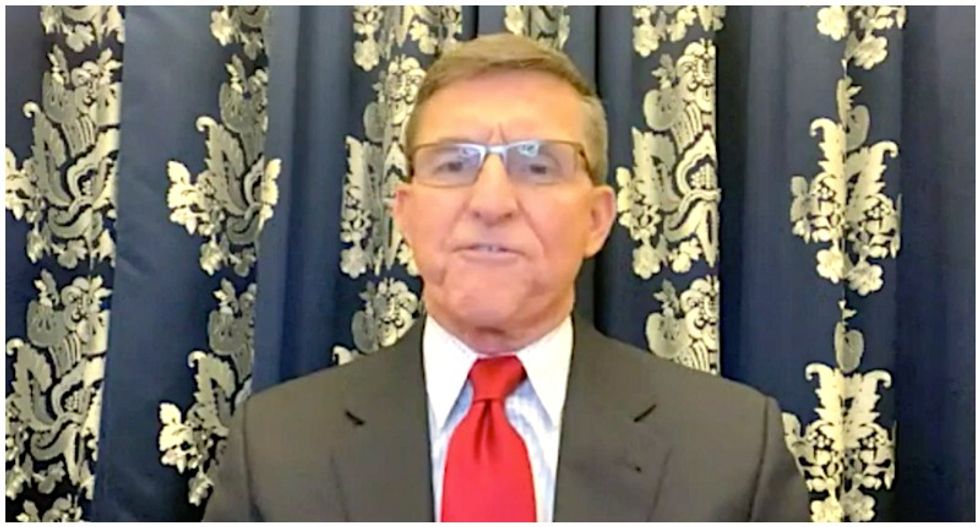 During an appearance on Newsmax this Thursday night, recently pardoned former national security adviser to Trump, Michael Flynn speculated on the “military capabilities” President Trump allegedly has at his disposal to overturn the 2020 election results.

“There is no way in the world we are going to be able to move forward as a nation. He could immediately, on his order, seize every single one of these [voting machines], on his order,” Flynn said on the show Greg Kelly Reports.

“…within the swing states, if he wanted to, he could take military capabilities, and he could place those in states and basically rerun an election in each of those states,” he continued, adding that such an action is “not unprecedented.”

“These people are out there talking about martial law like it’s something that we’ve never done. Martial law has been instituted 64 times,” he said.

"No. The military will not be 'deployed' to re-run an election," Kinzinger wrote. "It’s time for this to be shut down, and now. Gen. Flynn has lost his moral authority to be taken seriously, and the GOP needs to stand up to it."

During his interview, Flynn clarified that he wasn't calling for military action.

“We have a constitutional process … that has to be followed," Flynn said.