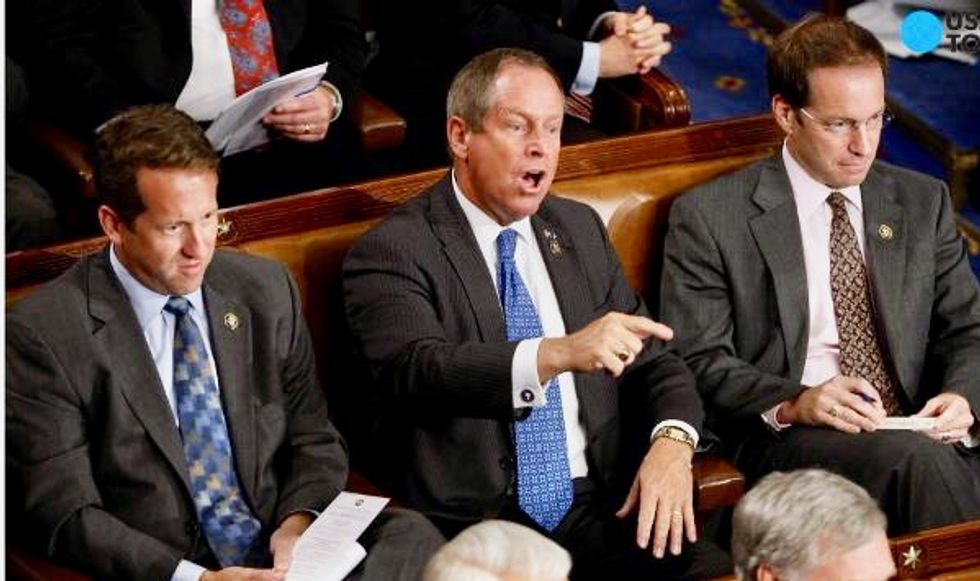 U.S. Rep. Joe Wilson, a Republican of South Carolina, has tested positive for coronavirus, just hours after he addressed Congress on Wednesday in a speech praising President Donald Trump for the COVID-19 vaccine.

“Earlier this evening I learned that I have tested positive for COVID-19,” Wilson said in a statement, as The Daily Beast reports. “Thankfully I feel fine and do not have any symptoms.” He says he is quarantining.

Congressman Wilson is best known for his September, 2009 outburst during a joint session of Congress. As President Barack Obama was speaking about the Affordable Care Act in an effort to get it passed, Wilson shouted "You lie!"

Some members of Congress gasped. It was a breach of congressional decorum and an act of such disrespect that Wilson received a rare reprimand. Some had called for his censure or even ouster.

It is not known if Wilson, who is now 73, was wearing a facemask during his speech Wednesday. House Speaker Nancy Pelosi has tightened rules on them.

Here is Wilson's outburst 11 years ago. Notice how President Obama handled it, and note the look on now-President-elect Joe Biden's face.

He later says he apologized to President Obama, but excused his own outburst by claiming "my whole life has been built around civility."