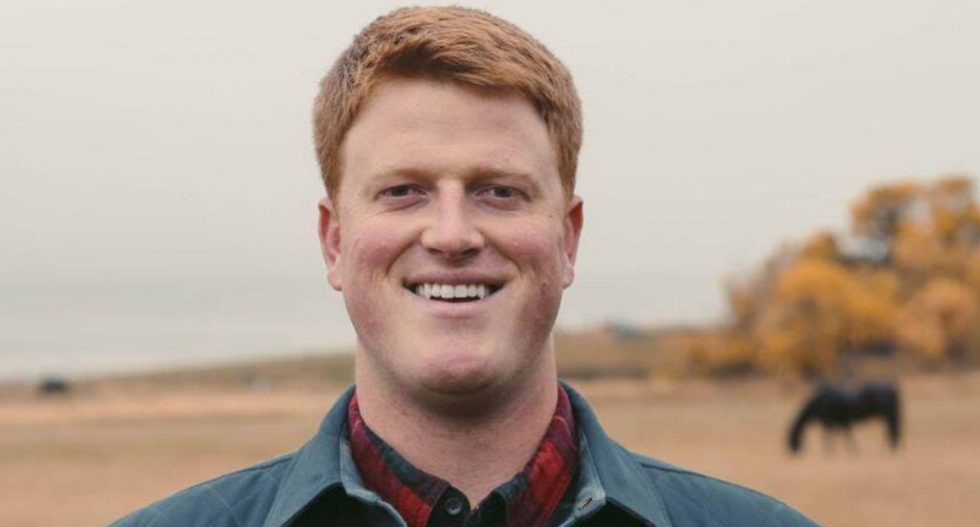 According to the Casper Star-Tribune, a Republican state representative in Wyoming has apologized following a racist tweet responding to the appointment of the first Black sheriff in state history.

"Rep. Cyrus Western, R-Sheridan, said he has since called newly appointed Albany County Sheriff Aaron Appelhans — a Black man — to apologize after replying on Twitter to an article about Appelhans’ appointment with a GIF depicting actor Cleavon Little asking, 'Where the white women at?'" reported Nick Reynolds. "The clip is from the satirical Mel Brooks film 'Blazing Saddles.'"

Western, who was first elected in 2018 to represent Sheridan County, followed up with a public statement of his apology on Twitter.

I’d like to issue a retraction. My remark about the new Albany Sheriff was dumb and uncalled for. I have personally… https://t.co/fWwsg4b7sX
— Cyrus Western (@Cyrus Western) 1608127733.0

What I did was insensitive, and, while unintended, I recognize that it was wrong. I hope he accepts my apology.
— Cyrus Western (@Cyrus Western) 1608128493.0

"The line in the movie — which is now hailed as an anti-racist classic — evoked by Western played on a racist trope of a sexually aggressive Black man pursuing a white woman perpetuated in propaganda spread throughout the U.S. during the Jim Crow Era," the article noted. "While still played upon in popular media, the trope is not a harmless one, contributing to a narrative that fueled lynchings of Black people throughout the 19th and 20th centuries, most notably the teenaged Emmett Till in Mississippi in 1955."