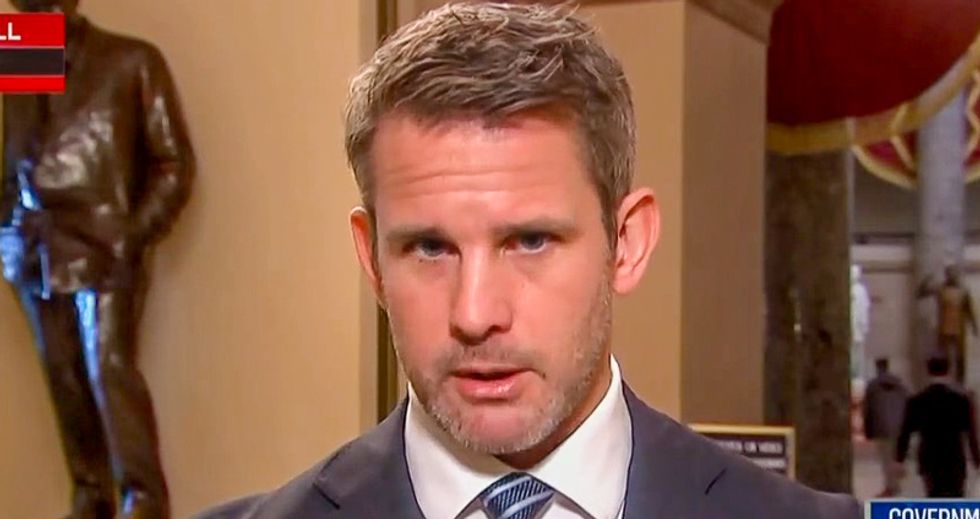 Rep. Adam Kinzinger (R-IL) on Wednesday hit back at some of President Donald Trump's allies who have been promoting a bogus conspiracy theory about the 2020 presidential election.

Writing on Twitter, Kinzinger pointed to a Military.com article debunking a conspiracy theory being spread by a retired lieutenant general, who claimed that American troops recently "were killed while seizing computer servers in Germany as part of a CIA operation after the presidential election."

The military says that no such mission ever occurred and that the battalion referenced by the general is an "entry-level training intel battalion" that "is made up of Army privates straight out of basic training who are still training for their first military jobs."

"One of these men killed was my constituent," Kinzinger wrote on Twitter. "Sick and disgutsing, Donald Trump needs to denounce this conspiracy and those pushing it."

Shortly after this tweet, Kinzinger revealed that he would vote to override Trump's veto of a military funding bill unless it included a repeal of Section 230 of the Communications Decency Act.

"It's really not about you," Kinzinger wrote.