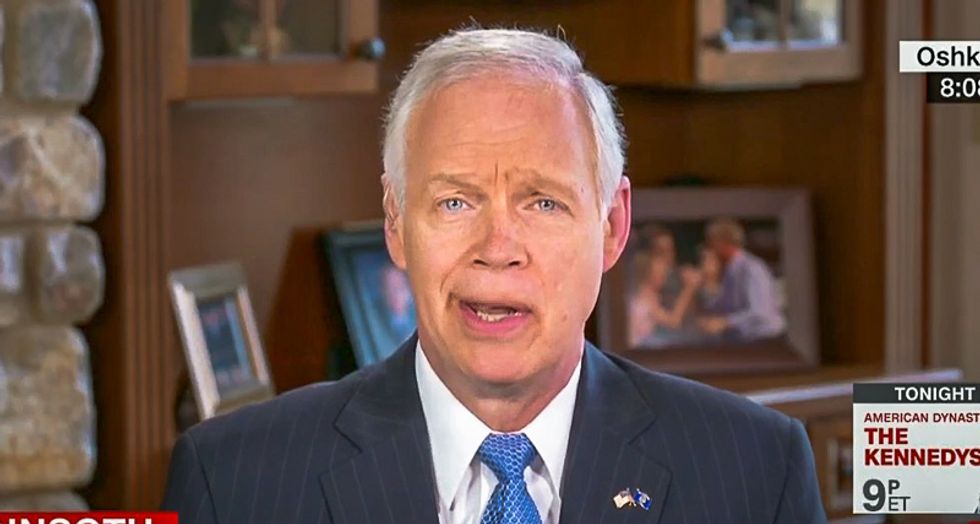 Sen. Ron Johnson (R-WI) on Friday blocked a bipartisan proposal to send Americans $1,200 checks to help them get through the novel coronavirus pandemic.

According to Bloomberg reporter Steven Dennis, Johnson objected to the proposal on the grounds that it would add too much to the deficits, despite the fact that Johnson earlier in the year voted for a much larger economic relief package that cost more than $2 trillion.

In justifying his opposition to sending Americans checks, Johnson claimed that doing so would amount to "mortgaging our children's future."

The initiative to send checks to all American families had been championed by both Sens. Josh Hawley (R-MO) and Bernie Sanders (I-VT) as the best and most direct way to help Americans struggling during a pandemic that so far has killed more than 300,000 of their fellow citizens.