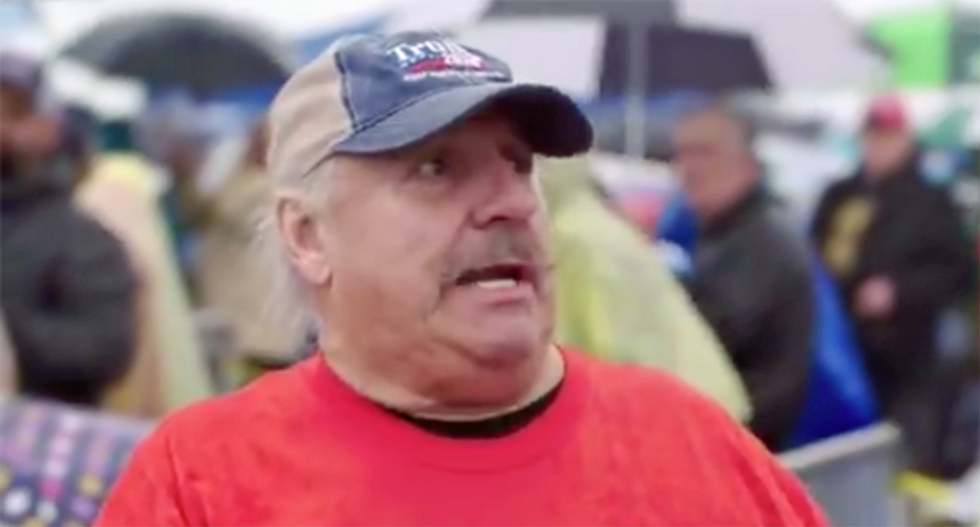 Many supporters of President Donald Trump lost massive sums of money after they put money on the president winning the 2020 election through online betting markets.

In a new column for Slate, writer Alex Kirshner argues that bookies at betting markets manipulated Trump fans into continuing to throw money down on the president's chances even as it become clear that he lost the election.

Kirshner doesn't believe that oddsmakers at these website initially intended to bilk Trump fans back when his odds looked relatively strong on election night, but he thinks that the temptation to swindle them became too tempting to resist after they kept pouring in money on the president even as his chances rapidly diminished.

"Only after the election did bookmakers reach the 'taking candy from a baby' portion of the proceedings," he writes. "The sportsbooks won untold millions off a political movement’s refusal to accept reality. It wasn’t the oddsmakers’ plan to win by such large margins, and doing so despite making Trump a relative favorite was largely good fortune."

Pat Morrow, the chief oddsmaker at Costa Rica-based betting website Bovada, tells Kirshner that many Trump fans were still convinced that their man was going to win even after the website started paying out bets to people who correctly placed their money on President-elect Joe Biden.

Morrow said that people who bet on Biden on election night when it looked like Trump could pull off an upset did get handsome payouts for their predictions -- but he said Bovada's losses on those bets paled in comparison to the money they made from Trump supporters.

"Anyone that got Biden live, I mean, great bet, but it didn’t hurt us at all," he told Kirshner. "It was not even a flesh wound. We still cleaned up."