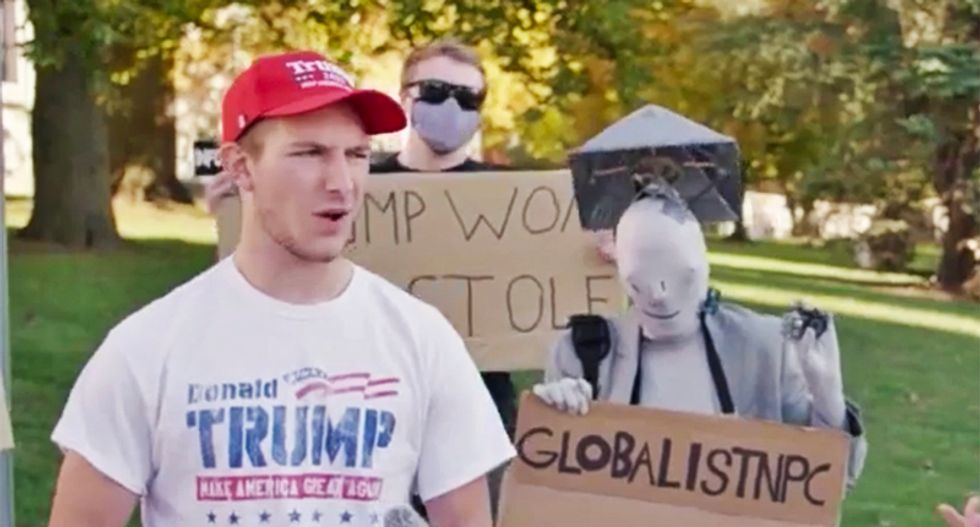 On Tuesday, The Daily Beast profiled Trump supporters who sunk huge amounts of money into political betting markets on their candidate to win — and, now starting to realize that money isn't coming back, are convinced they were cheated by voter fraud as well as the president.

Most of these Trump supporters are located in Europe and Asia, as the United States mostly outlaws gambling on political elections — but their financial incentive has fully devoted them to the cause all the same.

One of these Trump betters, a British woman based in Amsterdam identified only as "Helen," actually bet more money after the election was called for Joe Biden, believing the president when he said the election was plagued with fraud and would be overturned.

"Had Trump won re-election, Helen would have won nearly 2.7 million euros, according to screenshots of her Betfair account," reported Kelly Weill. "But Betfair and other gambling sites closed the books on their 2020 presidential betting on Monday, after the Electoral College certified Biden’s victory. Now Helen, who says she’s lost approximately €140,000 and believes the election results will be overturned, is joining other bettors in accusing gambling sites of wrongly calling the election for Biden."

Meanwhile, "Jordan Lea, a U.K. man, told The Daily Beast he had 'around £50,000 riding on Trump winning.' He and others say they are appealing to Betfair to undo its payouts, ostensibly because Trump could still win (he can’t)." Lea believes Trump still has a chance because Republicans in several states have assembled "alternate" electors to cast votes for Trump, even though they haven't been certified and their votes are meaningless.

"'Billy Bets,' a U.K.-based gambler and owner of a small pro-Trump forum, told The Daily Beast he and 15 other people in his new anti-Betfair Whatsapp group were pursuing legal action against the company for paying out Biden bets," continued the report. "'I have a background in political betting over 5 years, and I can say that over this time I have never experienced the scope of passion of the people voting for Trump,' he told The Daily Beast. 'Big tech, the mainstream media, and pollster[s] all said Trump had no chance, people believed in Trump so much so that they went against the status quo to vote for him.'"

Trump has tried to cite political betting markets as proof the election was rigged, at one point tweeting that political betting "bookies" had him at 97 percent odds to win on the first evening — which wasn't true.