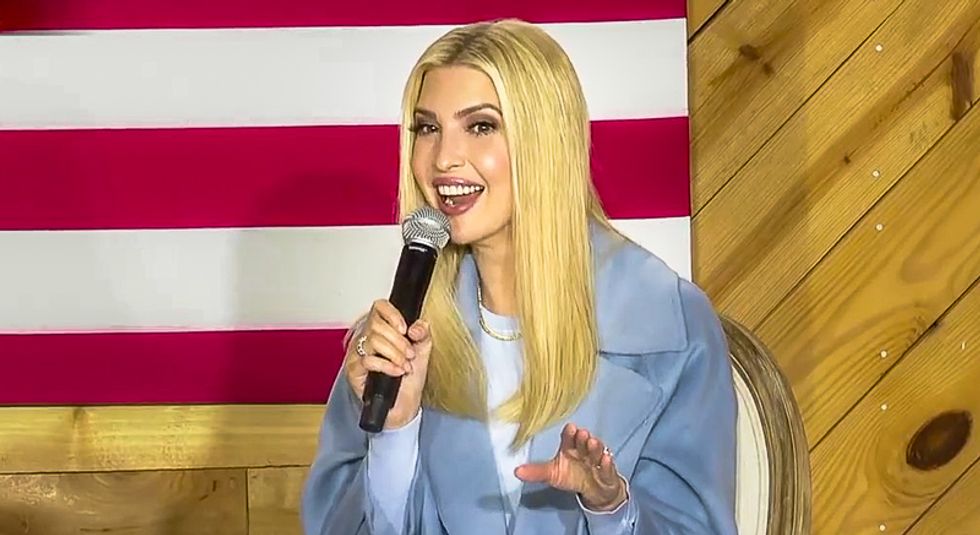 Ivanka Trump and Jared Kushner purchased a lot near Miami Beach, Florida, for an estimated $28-30 million. The extreme security measures Indian Creek Island is one reason for the move, especially due to Ivanka and Jared's heightened profile in the wake of her father's tenure in the White House. But as CNN points out, there's another reason for the couple's move down south.

"...it is the potential political opportunities of the state itself, said a source who has been working with the Trump family," writes CNN's Kate Bennett.

"Trump has not ruled out a near-future run for office, nor has she publicly denied she has political ambitions of her own," Bennetts writes. "Florida, which President Donald Trump won in 2016 and 2020, provides a potential opportunity for Ivanka Trump, should she choose to enter politics."

A source speaking to CNN says there's "no question" Ivanka has political ambitions. "She wants to run for something, but that still needs to be figured out," and moving to Florida is a crucial first step.