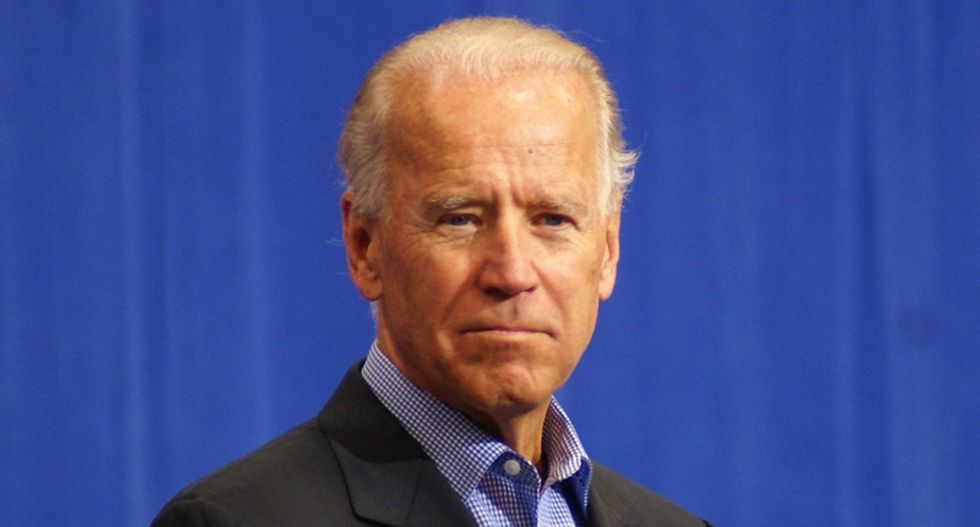 President-elect Joe Biden announced on Friday his support for a stimulus bill that progressives have criticized for being inadequate.

"President-elect Joe Biden injected himself more directly into congressional negotiations for an economic relief package Friday, encouraging fellow Democrats to get on board with a bipartisan, $908 billion deal even as some liberals blasted it as insufficient," The Washington Post reported Friday evening.

"The conflict over the long-delayed stimulus deal stands as an early test of Biden’s incoming administration, as it attempts to manage multiple crises while navigating a political minefield of entrenched acrimony between the political parties, and the emergence of competing factions within them," the newspaper explained.

Progressives have criticized the framework of the bill.

"Biden, who campaigned on the promise of solving such crises by harking back to an era of bipartisan camaraderie and cooperation, finds himself in the center of that minefield with Democrats and Republicans, both weary from months of failed negotiations and an outgoing president preoccupied with contesting the election results and settling scores rather than addressing America’s forefront challenges," The Post reported.

One major sticking point is direct financial support for Americans.

"The $908 billion plan would provide hundreds of billions of dollars to jobless Americans, while offering funding for states and cities hit by declines in revenue as well as a new round of federal funds for struggling small businesses. It would provide smaller amounts of money, in the tens of billions, for a number of other critical needs, including schools, child care, hunger, rental assistance and other pressing demands," the newspaper reported. "The plan does not include another round of the $1,200 stimulus payments, something [Sen. Bernie] Sanders and other liberals have insisted is key to preventing more economic devastation."

Here is the thread Sen. Sanders (I-VT) posted on Friday, before Biden's announcement:

During the worst economic crisis since the Great Depression, when 1 out of 4 workers are unemployed or make less th… https://t.co/avrp8CTeHk
— Bernie Sanders (@Bernie Sanders)1607114875.0