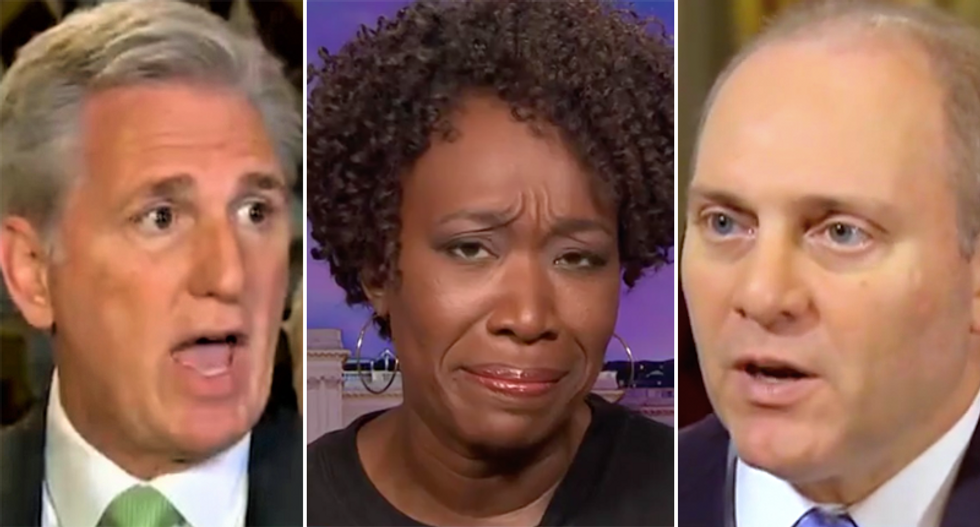 MSNBC anchor Joy Reid on Saturday called for the top two congressional Republicans to be stripped of their leadership positions after joining Donald Trump's efforts to overturn the 2020 presidential election.

The effort was waged by 17 GOP attorneys general and 126 GOP members of the House of Representatives.

"I'm beginning to get the sense that the Seditious 17 and the Autocracy 126 are beginning realize how badly they screwed up," journalist Kurt Eichenwald tweeted Saturday.

"Thought it was just smart politics to join onto something calling for the disenfranchisement of millions. Too bad and too late. This is you, forever," he concluded.

Reid replied with her thoughts.

"And how mad is it that two of them are at the top of House Republican leadership??" Reid asked.