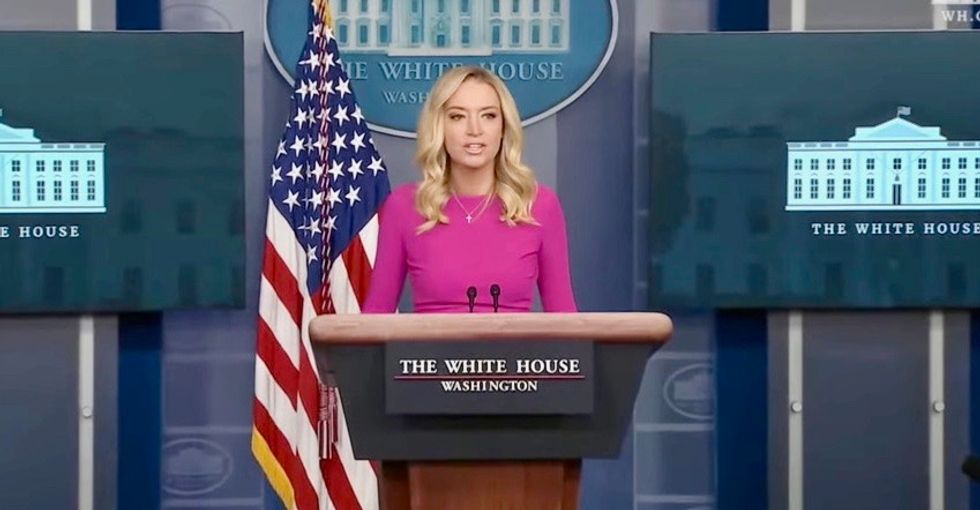 In yet another example from the bottomless pit of Trump administration hypocrisy, White House press secretary Kayleigh McEnany on Wednesday blasted two Democratic elected officials and a CNN anchor who, over a period of months, were each caught violating coronavirus restrictions. All of them were duly criticized by Democrats.

McEnany and most White House officials, from President Donald Trump on down, daily violate coronavirus restrictions and CDC guidelines. Like this, from today's briefing, where not a single White House staffer was wearing a mask: 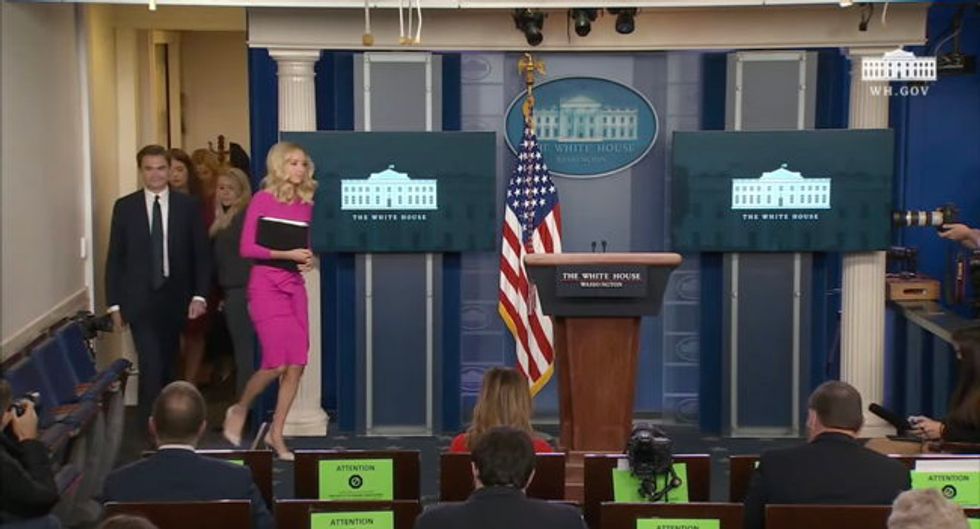 Meanwhile, McEnany's own husband, who is not a White House reporter or a reporter at all but a Major League Baseball free agent, attended the briefing while violating coronavirus restrictions.

"Kayleigh McEnany’s husband, Sean Gilmartin, was present during the news briefing in the rear of the briefing room and maskless," the White House press pool reports.

"A White House staffer who was with Gilmartin said incredulously, 'Kayleigh’s husband?'" as if the virus has not infected literally dozens of people tied directly to the White House.

"The staffer and Gilmartin exited together as Mills restated the mask rules and said it doesn’t matter who he is."

"Mills later confirmed to pool Gilmartin was maskless for the entirety of the briefing and he was unaware of Gilmartin’s identity when pointing out the rules."

Mills is a a board member of the White House Correspondents' Association, and has every right to voice concern over guests in the briefing room, which is controlled by the WHCA.