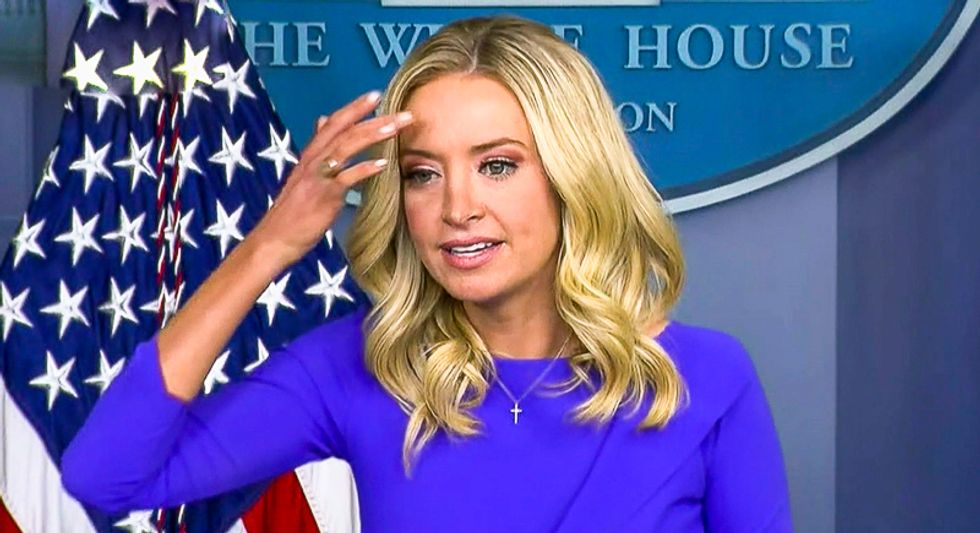 At a White House briefing, McEnany was asked if President Donald Trump had recognized that Biden is the president-elect after the Electoral College officially determined the outcome of the election this week.

"The president is still involved in ongoing litigation related to the election," McEnany deflected. "Yesterday's [Electoral College] vote was one step in the constitutional process so I will leave that to him and refer you to the campaign for more on that litigation."

"I haven't gotten the president's reaction to that yet but the president, again, is pursuing ongoing litigation," she said.