Michael Flynn goes after Obama: 'He should have been afraid of me and he still should be afraid' 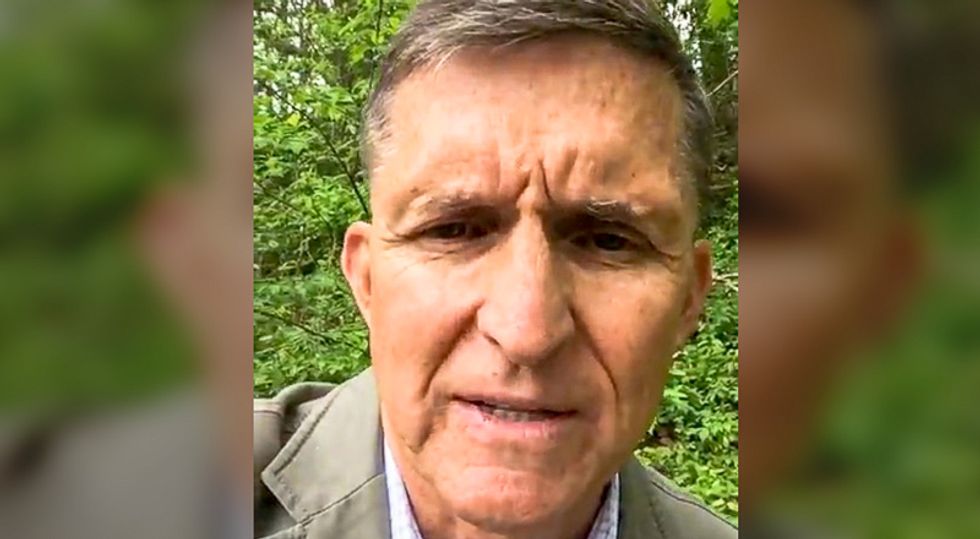 Disgraced Lt. Gen. Michael Flynn on Wednesday asserted that former President Barack Obama should be afraid of him.

During an interview on Fox Business, host Maria Bartiromo asked Flynn why Obama had warned President Donald Trump about him before the 2017 inauguration.

"So imagine the transition of the entire country, the United States of America, and here you have this sort of transition conversation between two incoming and outgoing presidents and they mention two people: dear leader Kim Jong Un and Gen. Michael Flynn," Flynn complained. "I'm public enemy number one. One of these days, I would like somebody to pin him down and ask him."

"And he should have been afraid of me and he still should be afraid," he added. "Obama talking about me is outrageous. I will not give him any more time on your show."

Bartiromo also asked Flynn, who recently received a pardon for lying to the FBI, about Trump's attempt to overturn the 2020 election.

For his part, Flynn predicted that the Supreme Court will allow state legislatures to designate electors who will select Trump as the next president even if he lost the state's popular vote.

"All these people that worry about the 8th of December of the 14th of December, you know, there's really only one date that really matters right now and that's the inauguration date," he opined. "And if you ask Mike Flynn on a scale of one to 10 who's going to be the next president, I'll tell you that it's 10 and it's going to be Donald Trump."