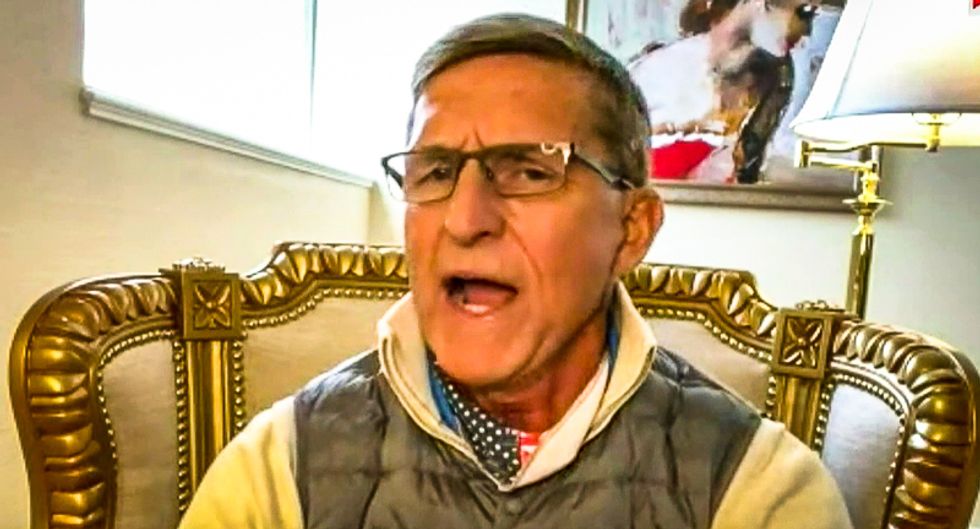 Flynn, who has previously suggested that the current president should declare martial law, told Fox News host Maria Bartiromo that there is a "10 out of 10" chance that President Donald Trump will be the next commander-in-chief.

"Why not look into this if in fact the evidence that we have is true?" Flynn opined. "We definitely believe that it is true. And there is clear, clear evidence."

He added: "And so what we have to stop doing is saying [there is] nothing to see here, you know, we're going to continue to march down the road towards a false inauguration, which the country will not allow that right now."

Flynn also argued that the Georgia Senate runoff elections are "a falsehood that people shouldn't even be considering right now."