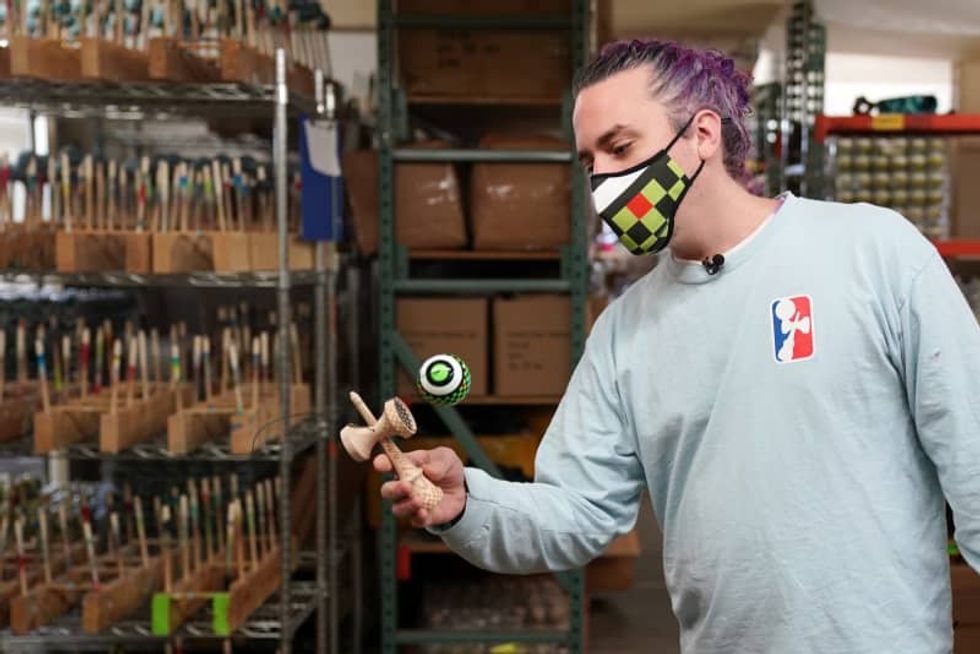 If you’ve never seen a kendama before, you might think it’s some sort of small wooden doll, or handheld weapon or tool for assembling IKEA furniture. In fact, it’s a Japanese toy made of two parts — a cross-shaped handle (the “ken”) and ball with a hole in it (the “tama”) — connected by a string.For centuries, kendama was rarely played outside its home country and you could hardly buy one in the United States. But in the past decade, its popularity has exploded around the globe. Within certain circles — largely young men, who film themselves “lacing bangers” (kendama-speak for landing difficul...