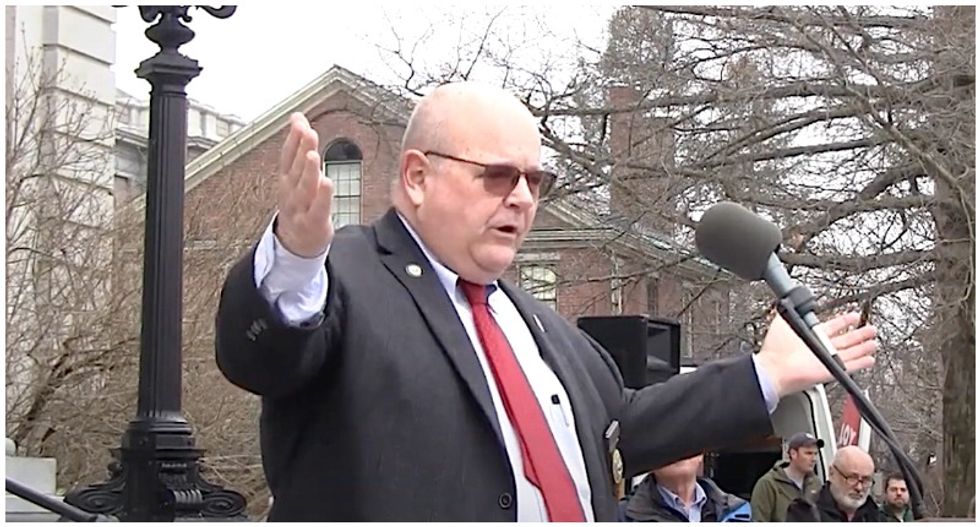 According to a medical examiner this Thursday, the recent death of New Hampshire House Speaker Dick Hinch was due to coronavirus.

Hinch was just sworn in as Speaker a week ago and was starting his seventh, two-year term in the state House. When his unexpected death was announced on Wednesday, no details were given.

According to a report from earlier this month, the New Hampshire House Republican caucus held a meeting at McIntyre Ski Area on November 20 -- a meeting where Hinch was in attendance.

In a post to Twitter this Thursday, state Rep. William M. Marshall (R) placed the blame for Hinch's death squarely on the heads of his colleagues who refused to take precautions against the virus.

I just received this from the Attorney General. Those in our caucus who refused to take precautions are responsible… https://t.co/7zfMylk5vl
— William M Marsh MD (@William M Marsh MD) 1607625478.0

Trial on Kobe Bryant death crash photos begins in US

A court case brought by Kobe Bryant’s widow over graphic photographs taken by first responders at the site of the helicopter crash that killed him got under way in the US on Wednesday.

The basketball superstar and his teenage daughter were among nine people who died when their chopper smashed into a hillside near Los Angeles in January 2020.

‘The walls are closing in’: George Conway says Trump is finally learning 'nobody is above the law'

George Conway assessed the quickly gathering legal challenges Donald Trump is facing after FBI agents searched Mar-A-Lago two days before he was forced to testify in a New York investigation of his business practices.

The former president pleaded the Fifth Amendment more than 400 times Wednesday in his deposition before New York's attorney general, as his allies fanned out across the media suggesting that FBI agents planted unspecified evidence during the hours-long search of his home, and Conway told MSNBC's "Morning Joe" that Trump's situation was grim.