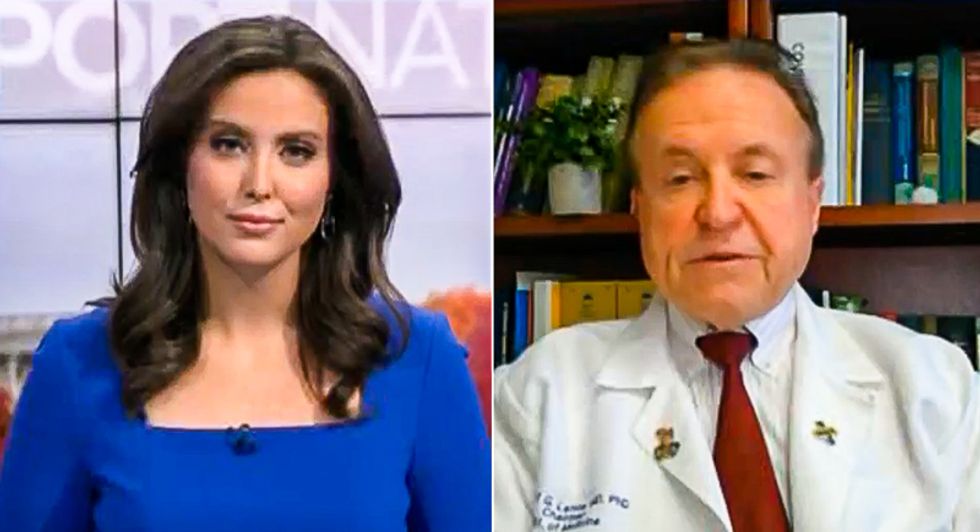 Dr. Bob Lahita of the New York Medical College told Newsmax on Monday that Rudy Giuliani "may have been a super-spreader" because he refused to wear a mask while appearing before lawmakers in three states in an attempt to overturn the 2020 election.

"He is up there in years and I really regret the fact that he traveled around the country basically not wearing a mask at any time," Lahita said. "I never saw him wearing a mask. And inadvertently, he may have been a super-spreader. That is having the diagnosis and then infecting quite a few people."

The doctor pointed out that one of Giuliani's children had also contracted COVID-19.

"I wish him all the best and I hope that he gets better quickly," Lahita said.