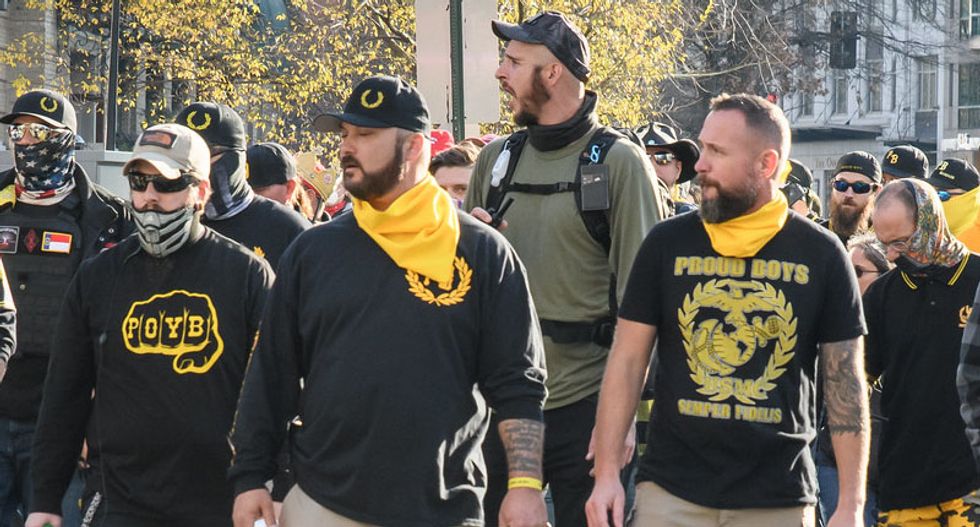 President Donald Trump notoriously told members of the far-right organization Proud Boys to "stand back and stand by" before the 2020 presidential election. Since Trump lost, the Proud Boys have no longer been standing by.

Over the weekend in DC, there were multiple instances of violence and the Proud Boys were accused of burning Black Lives Matter banners at Black Churches.

According to a new report by The Sun, the group is planning false flag operations to impersonate supporters of President-elect Joe Biden while causing chaos at his inauguration.

"Members of the Proud Boys are reportedly plotting to disguise themselves as Joe Biden fans to wreak havoc during the presidential inauguration," The Sun reported. "The Trojan Horse-style plot was revealed on InfoWars alum Joe Biggs’ YouTube channel — on which the right-wing militants were ordered to 'kick off this presidency with f*cking fireworks.'"

"Revolt motherf***ers," Tarrio instructed. "Do whatever you got to do to f*cking get your tickets."

"You show up there in Biden gear and you turn his inauguration into a f*cking circus, a sign of resistance, a sign of revolution," he urged.