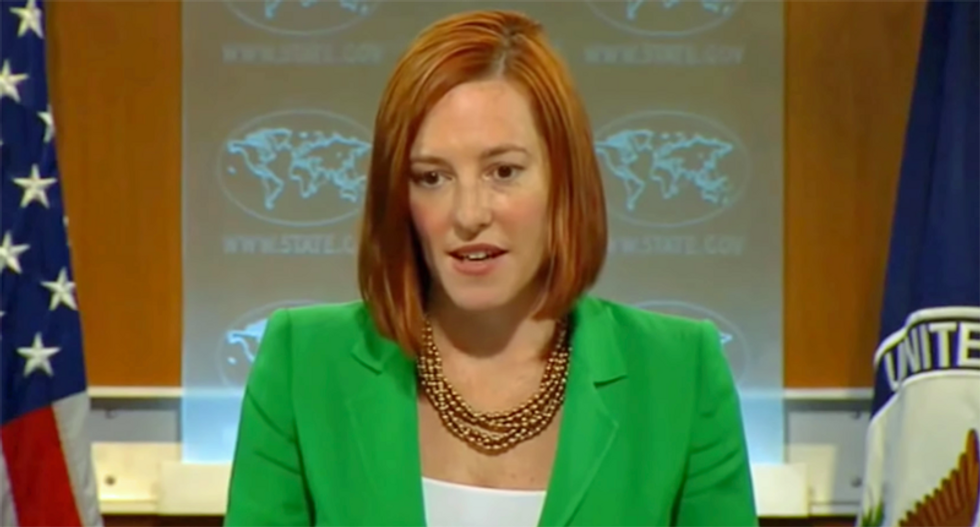 In reality, the hat was just a gag gift exchanged among officials during an official diplomatic event, according to USA TODAY.

Undaunted, Psaki hit back at the GOP, accusing them of spreading Russian propaganda by promoting the image out of context.

For anyone who hasn't been the target of Russian propaganda (cc: @McFaul @HillaryClinton) the purpose is to discred… https://t.co/mA7meMh7WV
— Jen Psaki (@Jen Psaki)1606865047.0