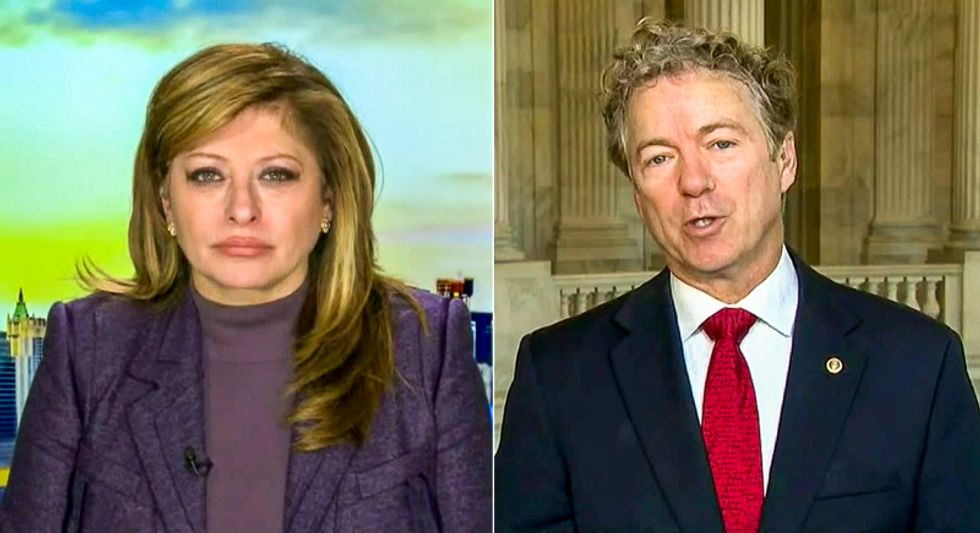 Sen. Rand Paul (R-KY) on Thursday said that he wanted to "punish" people for stealing the election from President Donald Trump -- even though there is no evidence of widespread election fraud.

"I think if you want less fraud in our elections, if you want the elections to be legitimate and considered to be legitimate, you have to punish those who committed fraud," he told Fox Business host Maria Bartiromo. "So 1,500 people were ineligible to vote because they were deceased in Nevada, whoever did that needs to go to jail. 4,000 illegal aliens voted. They need to not be allowed to vote, but whoever allowed it to happen needs to go to jail. It needs to be fixed."

"We have a history of cheating in our country," Paul continued. "But if you don't put people in jail for stuffing the ballot box then you will get more of it."

According to Paul, "The problem we have in our country is courts don't like to hear this stuff during elections are right after elections."

In fact, courts across the country have reviewed scores of cases brought by President Donald Trump and his supporters. The plaintiffs, however, have failed to convince any court that there was systemic fraud in the 2020 elections.