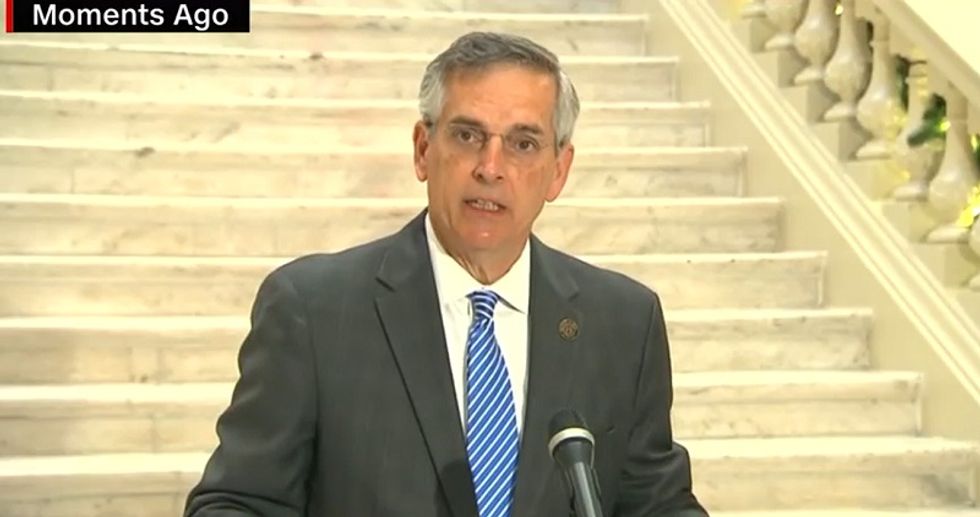 "Even after this office requests that President Trump try and quell the violent rhetoric being borne out of his continuing claims of winning the states where he obviously lost, he tweeted out: 'Expose the massive voter fraud in Georgia,'" Raffensperger explained during a Wednesday press conference.

"This is exactly the kind of language that is at the base of the growing threat environment for election workers who are simply doing their jobs," he added.

Raffensperger noted that he expected President-elect Joe Biden to win the state of Georgia when the election is certified.