Texas AG hit by FBI subpoena as he tries to overturn the 2020 presidential election: report 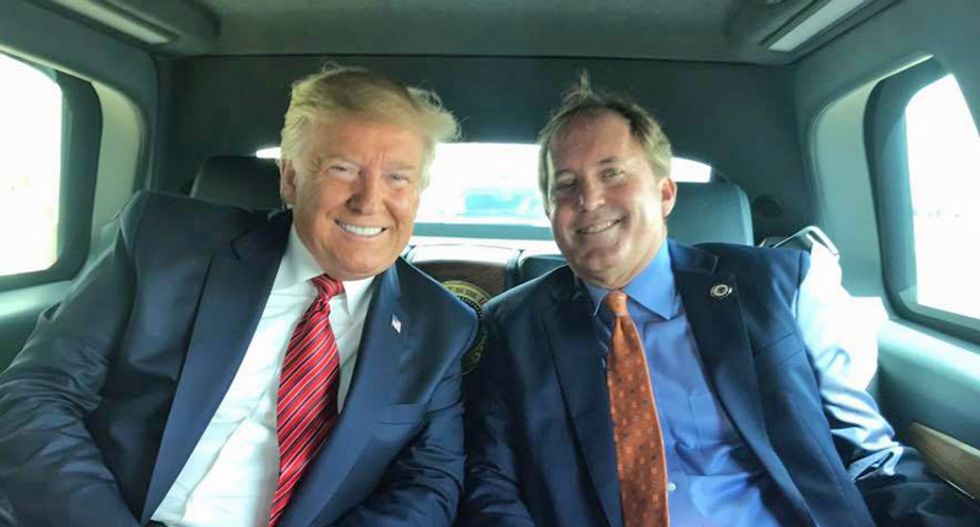 On Thursday, Tony Plohetski of the Austin American-Statesman confirmed that FBI agents have served Texas Attorney General Ken Paxton with a federal subpoena as part of their criminal investigation into allegations he accepted bribes and abused his office.

Paxton is the lead attorney general in the lawsuit seeking to overturn the election results in Georgia, Michigan, Pennsylvania, and Wisconsin — a challenge backed by outgoing President Donald Trump and 106 House Republicans.

The allegations center on official acts Paxton is said to have performed on behalf of a Texas real estate developer who donated $25,000 to his election campaign. Eight sources in Paxton's office have come forward alleging misconduct, most of whom were subsequently fired or resigned in a suspected campaign of retaliation.