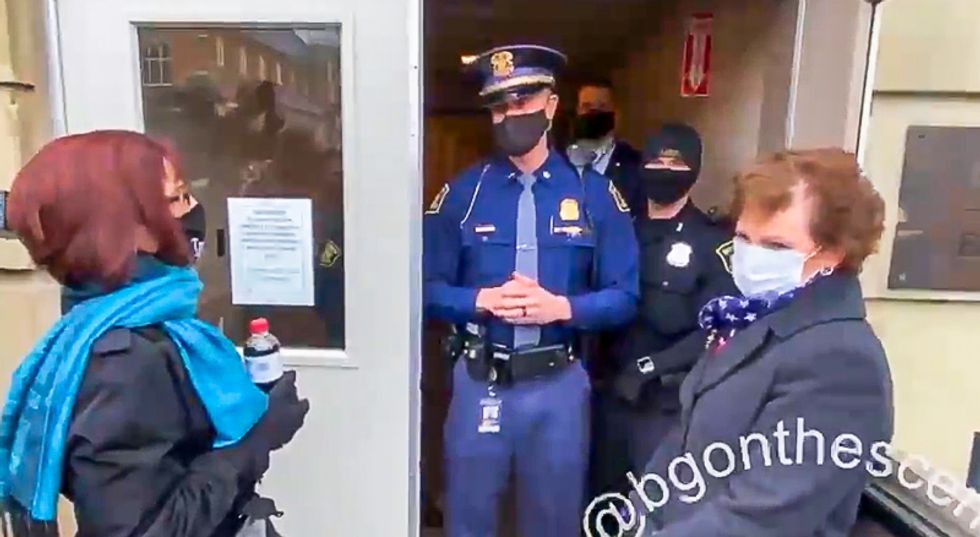 Michigan State Police on Monday refused to allow a group of self-proclaimed Republican electors to enter the state's Capitol.

Video of the confrontation was captured by photojournalist Brendan Gutenschwager.

"We're electors!" someone in the group exclaims.

"The electors are already here," the officer replies. "They've been checked in."

"Not all of them," the group complains.

"The Capitol is closed," the officer announces, pointing out that "all 16 electors" are already in the building.

"But the GOP electors!" a man protests.

Earlier on Monday, White House adviser Stephen Miller said that Republicans would name a group of "alternate" electors to cast their votes for President Donald Trump in an effort to keep his re-election hopes alive.

The Electoral College, however, is expected to officially vote for President-elect Joe Biden on Monday.

US states, manufacturers to decide if gov't benefits apply to imported baby formula

(Reuters) - State officials and manufacuturers are working out whether baby formula imported from outside the United States to address severe supply shortages will be available to families who rely on government discounts to make it affordable, a U.S. Department of Agriculture (USDA) official said on Tuesday.