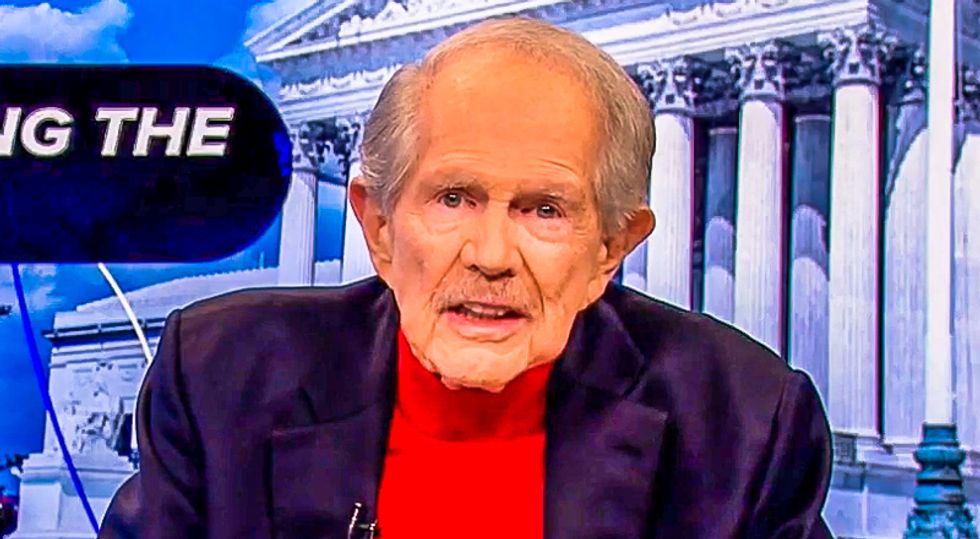 Televangelist Pat Robertson on Thursday said that the state of Texas is following God's plan by suing to overturn the results of the 2020 election.

"God is never late," Robertson announced on his 700 Club program. "We declared on this program and you joined with me that God almighty was going to do a miracle and stop the theft of our election and the fraud that was being perpetrated on the American people and that God himself would intervene."

The TV preacher then spent several minutes reading from the Texas court filing, which is being supported by President Donald Trump and 17 Republican attorneys general in other states.

Robertson argued that "there's time to get this thing fixed" because a new president is not sworn in until Jan. 20.

"The Trump team didn't get in gear but nevertheless there is a miracle taking place," he announced. "And you were praying for it and I would ask you to pray because it looks like Ted Cruz, who is a former attorney general of Texas, will argue the case before the Supreme Court. He is a brilliant constitutional attorney."

"If you want to pray, I would pray because we cannot have our election system destroyed the way this was," Robertson continued. "It boggles the mind when we see what is done."

He went on to call for U.S. Attorney General Bill Barr to appoint a special counsel to investigate election irregularities.

"They should investigate the fraud that is taken place all over," Robertson opined. "Oh wow! It's exciting, the time we're living in but God is in control. But I would ask you to pray as you have never prayed before as this case goes before the Supreme Court because we do not wish to have our election stolen by crooked activity that took place."

Watch the video below from The 700 Club.