'This is illegal!' Video catches anti-mask 'Karen' raging in Trader Joe's after being denied service 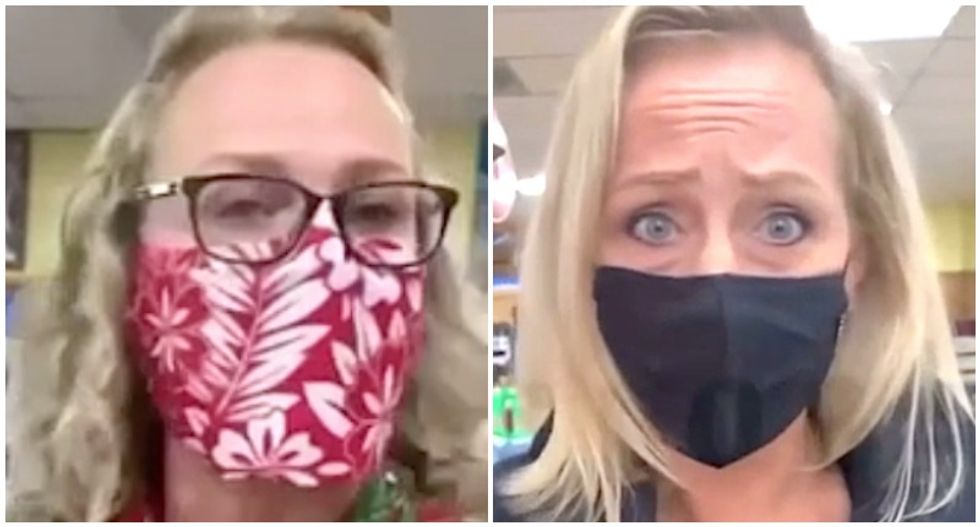 A video posted to Reddit this Wednesday shows a woman confronting Trader Joe's employees after she was banned from the store the day before for allegedly refusing to abide by the store's mask policy.

The video starts out showing store employees ignoring the woman's demand for service. Eventually, the manager comes over and reminds the woman that she's no longer allowed to shop in the store.

"Why am I no longer allowed to shop here?" the woman asks.

"Because of the way you behaved yesterday," the manager replies.

"How did I behave?" the woman asks.

"You behaved very badly," the manager fires back, then telling the woman that they both have had "issues since the beginning of COVID."

As the woman continues to argue with the manager, a shopper steps in and tells the woman that the manager has "every right" to deny her service.

"Are you an attorney?" the woman asks the shopper.

"Do I need to be an attorney?" the shopper replies.