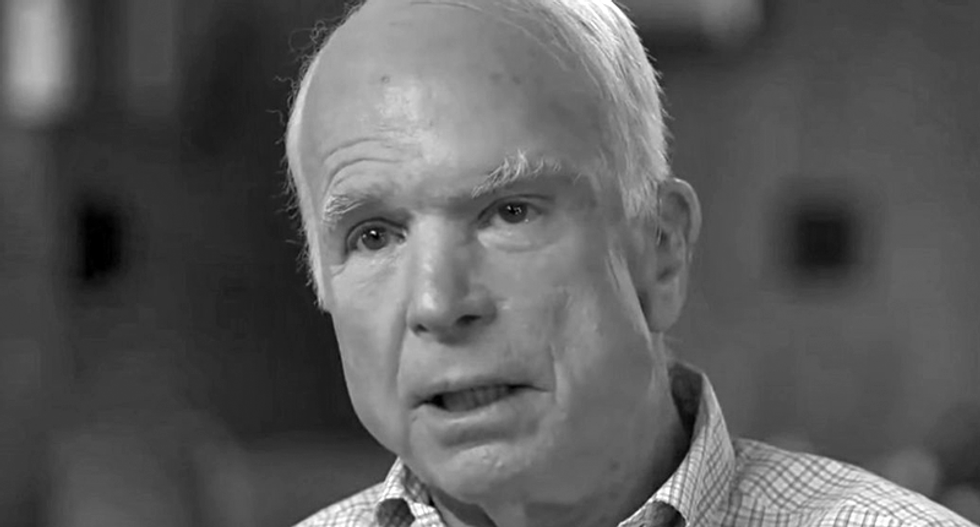 Black and white photo of John McCain, image via screengrab.

"The new Strzok texts reveal that journalist Carl Bernstein, who helped expose the Watergate scandal in the 1970s and is a regular guest on CNN, told the FBI’s Office of Public Affairs that he received the 'dossier' from Sen. John McCain (R-AZ)," Breitbart reported Thursday.

That paragraph appeared in the ninth paragraph of the story, but was singled out by Trump in a tweet sent after 10 pm.

"Check out last in his class John McCain, one of the most overrated people in D.C.," Trump tweeted.

In 2019, close Trump ally and longtime McCain friend Sen. Lindsey Graham (R-SC) revealed he had counseled McCain to turn the dossier over to the FBI.