Trump campaign stop in Georgia for Senate runoffs could be risky 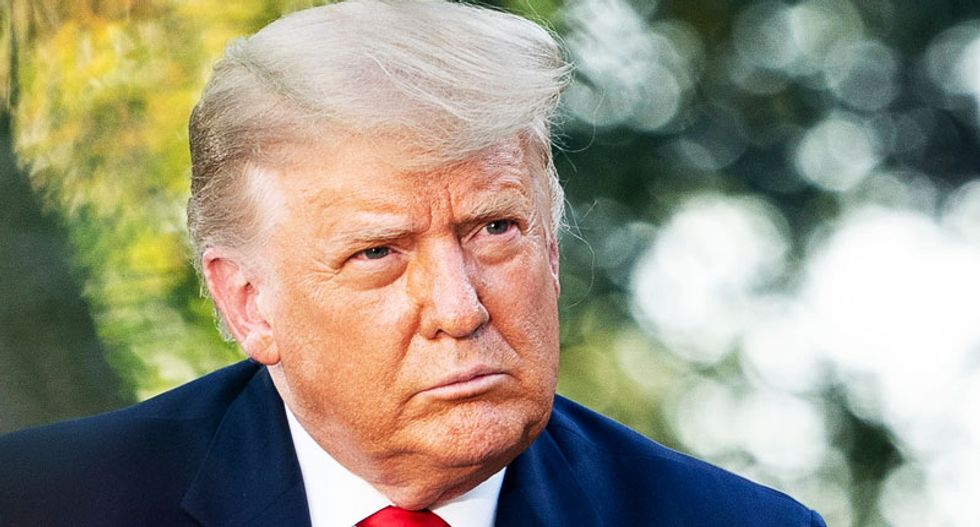 President Donald Trump is hitting the campaign trail for two Republican senators trying to save their seats in crucial Georgia runoffs, but is it a good idea?

It certainly is on paper, but given the outgoing president's erratic behavior of late, and his refusal to acknowledge his own election defeat, some party power players are worried.

The stakes are high: the special January 5 election will determine who controls the US Senate and, by extension, define the early days of Joe Biden's presidency.

If the Republicans lose both seats, the chamber will be at 50-50, meaning Democratic Vice President Kamala Harris would cast any deciding votes, as the Constitution dictates.

Since the November 3 election won by Biden, Trump has heaped scorn and doubt on the US electoral system, all without offering any evidence of fraud.

Instead, he has trumpeted outlandish conspiracy theories, spurious rumors and, at times, pure wishful thinking.

And despite a cascade of negative outcomes in the courts, the 74-year-old Trump hasn't changed his tune for a month.

In a 46-minute video message released Wednesday, the outgoing president once again claimed the election was "rigged" due to "tremendous voter fraud."

Given those statements, he's not exactly well-placed to urge residents of Georgia to turn out en masse to support Republican Senators Kelly Loeffler and David Perdue.

But Trump is nevertheless expected on Saturday in Valdosta, in the southern part of the Peach State, where Biden eked out a win over Trump with a margin of about 13,000 votes.

Trump's ability to excite his supporters is undeniable, and possibly even his biggest political gift, and he loves nothing more than a campaign rally setting.

But the equation this time is more complicated -- and far from a sure bet.

What will Trump -- the president who hardly seems to govern anymore and has promised to use "125 percent" of his energy to overturn Biden's win -- say, anyway?

Will he just offer a litany of his grievances, or will he address the importance of who controls the Senate? Will he say the contest is "rigged" or forcefully encourage people to vote?

Some close to Trump fear that voters will indeed stay home, figuring the election is a sham, or even refuse to vote for the Republican senators, arguing they have not done enough to support their commander-in-chief in his quest for victory.

Lin Wood, one of the lawyers who form an amorphous pro-Trump camp filing suits in Georgia contesting Biden's win, said he would not vote in "another fraudulent election with rigged voting machines & fake mail ballots."

A few days later, he tried to clean up his error, which could cost Loeffler and Perdue.

"Will be going to Georgia for a big Trump Rally in support of our two great Republican Senators, David and Kelly," Trump tweeted.

"We must work hard and be sure they win."

Loeffler said she was "SO proud to have our President's support & thrilled to welcome him back to Georgia!"

But not everything is rosy in the Republican camp.

Trump has been especially aggressive in attacking several officials in his own party in Georgia over his loss there, with Governor Brian Kemp first in the firing line.

"He's done absolutely nothing. I'm ashamed that I endorsed him," Trump said of Kemp, furious that the governor did not denounce secretary of state Brad Raffensperger, also a Republican, who was responsible for certifying the election.

Kemp will be closely watched on Saturday -- will he welcome Trump at the steps of Air Force One? Will the two even be seen together?

One thing is certain: the Republican Party is taking a big gamble. So is Trump, who is openly considering a fresh White House run in 2024.

For conservative commentator Marc Thiessen, a former speechwriter for George W Bush, the political future of the 45th president in US history could hinge on how he handles the Georgia runoffs.

"If Trump flexes his political muscle and leads the GOP to victory in Georgia, it could be the first step in his political restoration," Thiessen wrote in The Washington Post.

"But if he lets Democrats take back the Senate because he was focused on rooting out some mythical communist conspiracy to steal the 2020 election, he will go down in ignominy -- and deservedly so."