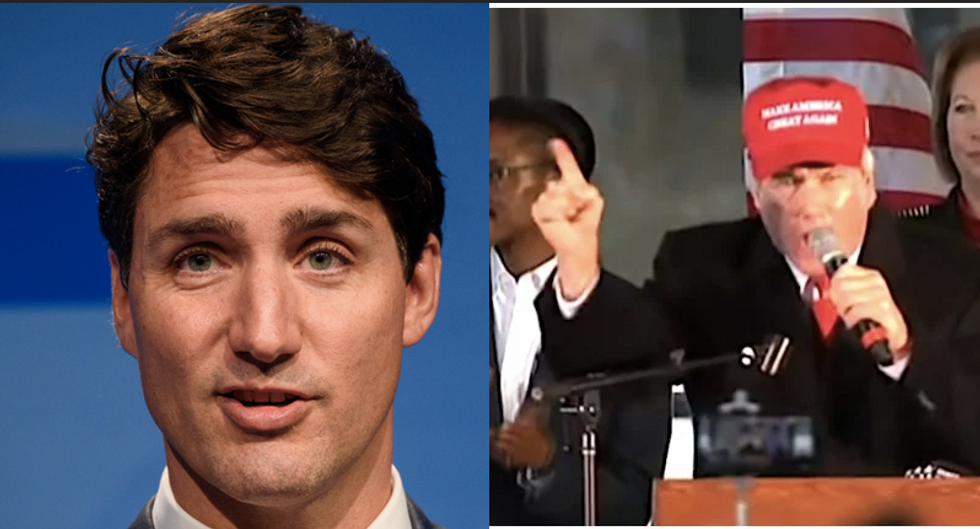 Lawyer L. Lin Wood is one of two of President Donald Trump's legal pals working to stage lawsuits to take the 2020 election results from President-elect Joe Biden. But in a new Sunday tweet, his allegations of conspiracy are now including America's neighbor to the north, Canada.