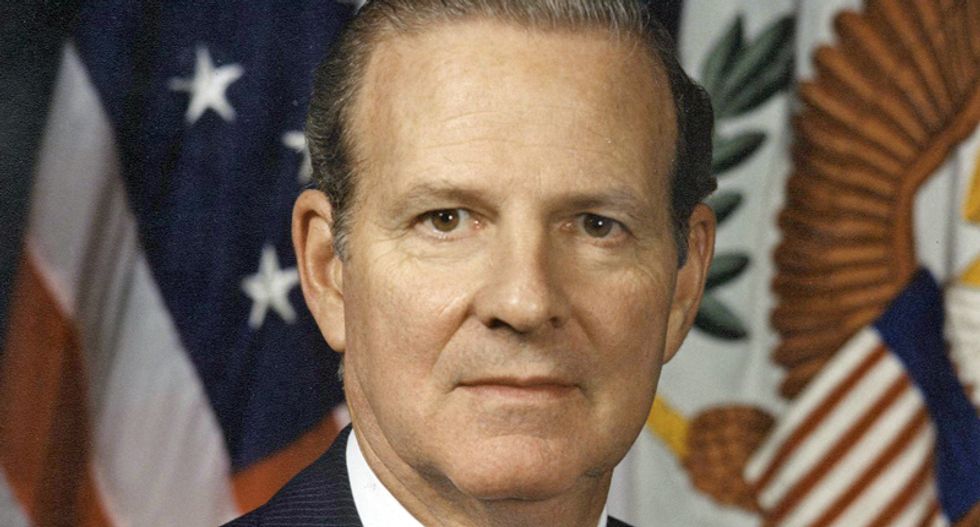 On Thursday, writing for The Washington Post, former Ronald Reagan chief of staff and George H. W. Bush Secretary of State James Baker ripped into President Donald Trump for his latest decision on Middle East policy — trading recognition of Morocco's disputed claim to Western Sahara in return for the former's recognition of Israel.

"President Trump’s recent proclamation recognizing Moroccan sovereignty over Western Sahara was an astounding retreat from the principles of international law and diplomacy that the United States has espoused and respected for many years," wrote Baker. "This rash move disguised as diplomacy will contribute to the existing deadlock in resolving the long-standing conflict between Morocco and the people of Western Sahara over the status of that territory. Further, it threatens to complicate our relations with Algeria, an important strategic partner, and has negative consequences on the overall situation in North Africa."

"Ever since 1975, when Morocco took control of Western Sahara by force following Spain’s withdrawal, the United States and most of the international community have refused to recognize this claim as legitimate," wrote Baker. "This began to change more than a year ago, when Israel and the Trump administration first approached Morocco to propose a trade-off of Moroccan resumption of formal relations with Israel in exchange for U.S. recognition of its sovereignty over Western Sahara. At that time, Morocco refused, wisely calculating that bilateral recognition of its sovereignty, even by the United States, would not bring it any closer to its desired goal of international legitimacy. Nothing has changed since then."

Though there is little upside to the move, warned Baker, there is plenty of potential downside. "They could have an effect on future negotiations, questioning our commitment to a solution that provides for some form of self-determination for the people of Western Sahara, as stated in United Nations resolutions that we have supported. There’s also the risk of sending a message to the rest of the world that the non-acquisition of territory by force and the right of self-determination are pick-and-choose principles for the United States."

Trump's recognition of Moroccan control over Western Sahara has drawn criticism from within his own party, with Sen. Jim Inhofe (R-OK) calling it "shocking and deeply disappointing."