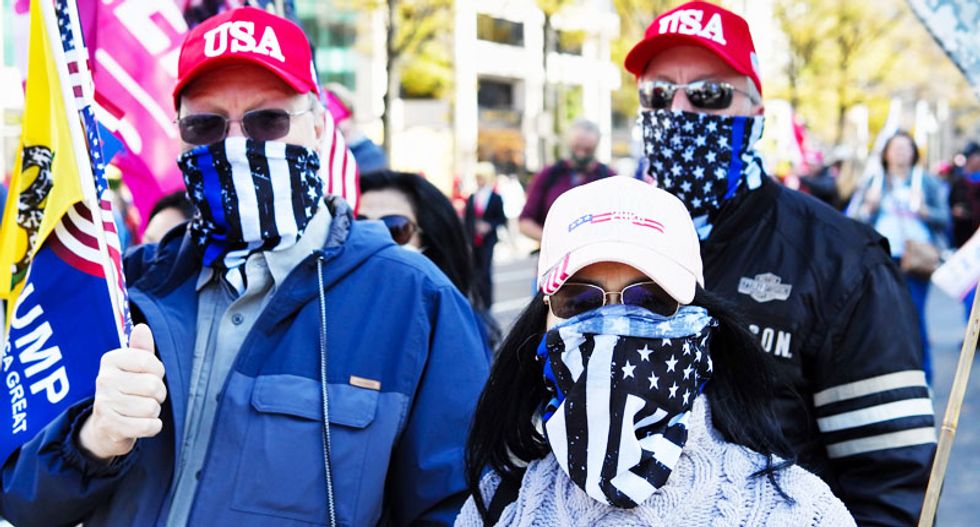 A rally in support of President Donald Trump turned violent after one of his fans fired a gun at counter-protesters, the Associated Press reported.

According to police, a 27-year-old man was arrested while participating in a Trump rally at the Washington state Capitol this weekend with about 200 people. The pro-Trump and anti-Trump groups clashed, and police told the crowd to disperse, leading the man to open fire toward the crowd.

"It was not immediately clear if anyone was shot," said the AP. Police are asking that anyone with knowledge of the situation come forward. They did hear reports of a counter-protester being shot but were unable to confirm.

The man was then booked on suspicion of first and second-degree assault charges.

The man "also used the pistol to assault someone," said a separate report from KOMO-TV.