US lawmakers renew stimulus push as focus shifts to Biden 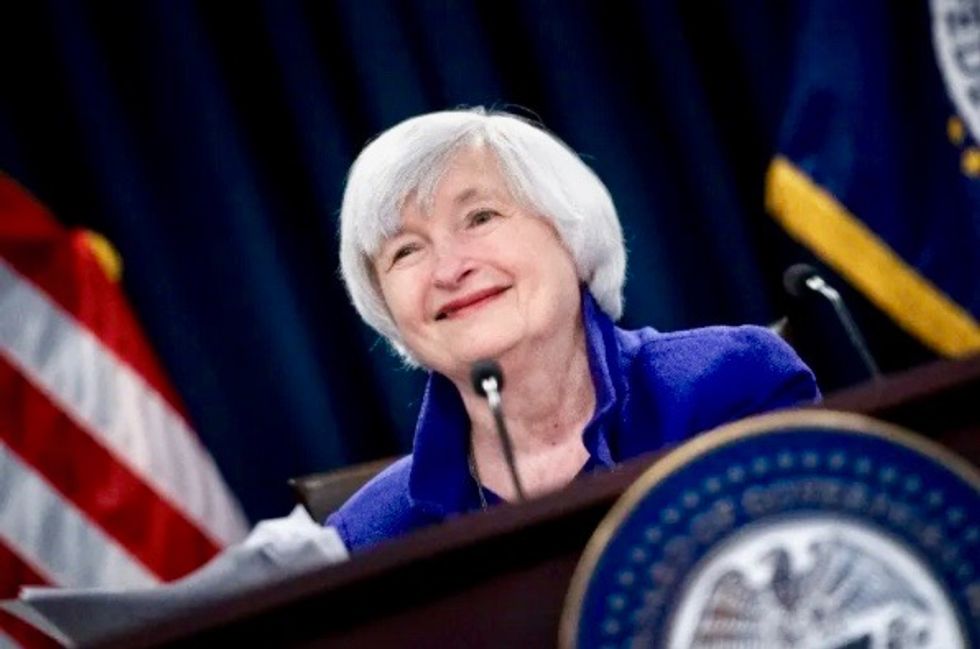 President-elect Joe Biden will present his economic team on Tuesday, as a bipartisan group of senators make a renewed push for another stimulus package to help the faltering US economy.

With Covid-19 cases spiking, the world's largest economy faces an uncertain outlook that Biden and his economic team led by nominee for Treasury secretary Janet Yellen will have to work to remedy.

The diverse group, with women and minorities in key roles, will face millions in jobs losses and a rising wave of small businesses shutting their doors and major corporations laying off their workers.

Outgoing Treasury secretary Steven Mnuchin agrees on the need for more federal help for workers left jobless and business battered by the pandemic.

However, he and Republicans in Congress pressed for limited measures, and months of talks with Democrats failed to yield a deal on a successor to the $2.2 trillion CARES Act, even as many of the key measures have expired.

Democratic Senator Joe Manchin of West Virginia and Republican Senator Susan Collins of Maine are among the legislators calling for a new package to be passed immediately.

The $908 billion proposal would be a compromise with a much smaller price tag than previous proposals, offering extended unemployment benefits and loans for small businesses as well as help for struggling state and local governments.

"It's inexcusable for us to leave town without an agreement," Manchin said in a press conference.

"It's not the time for political brinksmanship."

But without support from Republican Senate leader Mitch McConnell, the bill will face a tough fight for approval in the final weeks of Donald Trump's presidency.

Mnuchin told reporters that he will meet with Democratic House Speaker Nancy Pelosi regarding a budget deal to avert a government shutdown on December 11, and that they also would discuss a possible stimulus plan.

Yellen, who will be the first woman to lead the Treasury, will find an ally in her successor as Federal Reserve Chair Jerome Powell, who has repeatedly urged lawmakers and the federal government to provide more support to ensure the economy can return to a solid footing.

In a joint appearance Tuesday before the Senate Banking Committee, Powell and Mnuchin offered mirror images of the state of the US economy as it navigates the Covid-19 downturn.

Mnuchin hailed the recovery while Powell warned of continued uncertainty.

"The rise in new COVID-19 cases, both here and abroad, is concerning and could prove challenging for the next few months," Powell said, warning that "A full economic recovery is unlikely until people are confident that it is safe to reengage in a broad range of activities."

Mnuchin last week pulled back funds from the Fed that were used to support lending programs for businesses and local governments, refusing to extend them beyond the end of the year.

The Fed protested the decision in a rare public statement, saying it "would prefer that the full suite of emergency facilities" remain in place "to serve their important role as a backstop for our still-strained and vulnerable economy."

Mnuchin's decision to pull back $455 billion in unused funds from the Fed, even as the world's largest economy faces the world's worst Covid-19 outbreak, drew intense criticism as well as accusations he was trying to sabotage Biden's administration on his way out the door.

Treasury did allow a three-month extension for four programs that deal with corporate debt.

Yellen, who made history as the first woman to lead the US central bank, also made her mark by warning of, and then navigating, the fallout from the global financial crisis.

She will joined by Nigerian-born Wally Adeyemo, the first African American in the role of deputy Treasury secretary.

Neera Tanden, president of liberal think tank Center for American Progress, was picked to head the Office of Management and Budget. If confirmed, she would be its first South Asian leader, but she is a controversial choice who faces oppositions from conservatives and progressives.

Cecilia Rouse, the dean of the Princeton School of Public and International Affairs, was tapped to chair Biden's Council of Economic Advisors and would be the first African American in that post.